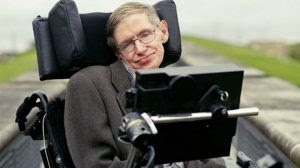 Stephen Hawking, one of the brightest stars in the firmament of science, who survived 50 years of ALS and whose insights shaped modern cosmology, has died aged 76.

The world-renowned theoretical physicist and cosmologist was best known for his work on black holes. Hawking theorized that, contrary to the prevailing scientific belief that black holes were inescapable for all forms of matter and energy, they actually emitted a form of radiation ― now known as Hawking radiation. He also played a key role in the mathematical effort to unify Einstein’s general theory of relativity with the emergent field of quantum physics.

Hawking used his position as one of the world’s most famous scientists as a platform to discuss a wide range of issues, from the existence of extraterrestrial life to the nature of philosophy. He skyrocketed to public prominence in 1988, when he published his first general-audience book, A Brief History of Time: From the Big Bang to Black Holes. The cosmology treatise has sold approximately 10 million copies worldwide, making it one of the best-selling science books of all time.

In 1963, when he was just 21 years old, Hawking was famously diagnosed with the debilitating motor neuron disease amyotrophic lateral sclerosis. Though 80 percent of those with ALS die within five years of diagnosis, and Hawking’s own doctors gave him roughly two years to live, he survived for decades, perhaps longer than any other patient with the disease in medical history. Hawking used a wheelchair to move around and a sophisticated computer system to speak for much of his time as a public figure.