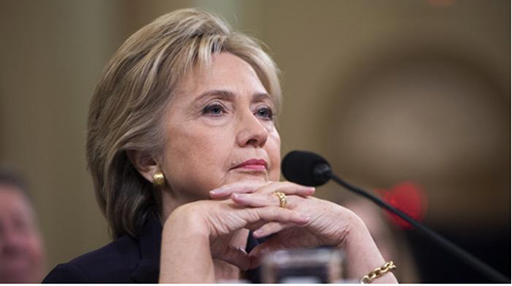 Legendary journalist Dan Rather posted this on Facebook regarding Hillary Clinton’s testimony this week at a Congressional hearing investigating the deaths of four Americans in Benghazi:

Hillary Clinton has done a lot in her life. But I think she likely cleared her path to the Democratic nomination for president, and maybe very well the Oval Office itself, by what she didn’t do. She didn’t lose her cool.

Her performance in a grueling marathon of a Congressional hearing on Benghazi (or more accurately on Clinton herself and maybe Sidney Blumenthal?) was one of poise, stoicism, self-confidence and maturity. Just the sort of attributes her questioners lacked. In the language of poker, she was drawing aces and the committee was drawing deuces. They might not admit it publicly, but even many Republican leaders know it’s true. Hillary Clinton is a stronger general election candidate today than she was before the hearing.

It has often been said that you vote for president with your heart more than your head. And I think for all the questions about Clinton’s record among the Democratic base, whether she is progressive enough on economic issues or too hawkish on foreign policy, the real sense of unease boiled down to intangible questions about her personality, values and character.

Yesterday assuaged many of those concerns. When combined with her recent debate performance and Biden deciding not to run, this is arguably one of the best stretches of her political career. Where are all those whither Hillary articles now? It is still early and a lot can still go wrong, but I believe this is the Hillary Clinton that so many Democrats wanted to love – tough, smart, unflappable, a woman who is ready to be president.