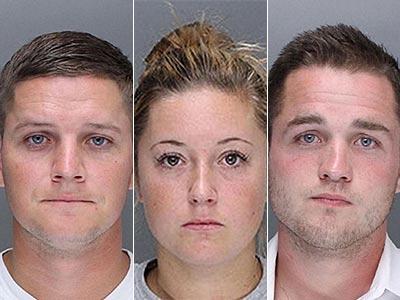 According to The Advocate, the lawyers of the three young anti-gay haters accused of attacking two gay men in Philadelphia – leaving one of the men with a shattered jaw that had to be wired shut for months – have asked for a continuance in court as they pursue a plea deal to avoid jail time.

Reports say the District Attorney’s office has offered all three alleged assailants plea deals but has so far refused to make the details public. It is unknown whether the agreements would allow the three to avoid prison time and walk free.

Prosecutor Michael Barry told Philly Gay News this week that the continuance request was granted because “there are still some discussions regarding a non-trial disposition ongoing.”

The three accused – Kevin Harrigan, Kathryn Knott and Philip Williams – will be back in court on September 17th to face charges of aggravated assault, simple assault and conspiracy. I guess we’ll know by then if the young haters get to walk free.