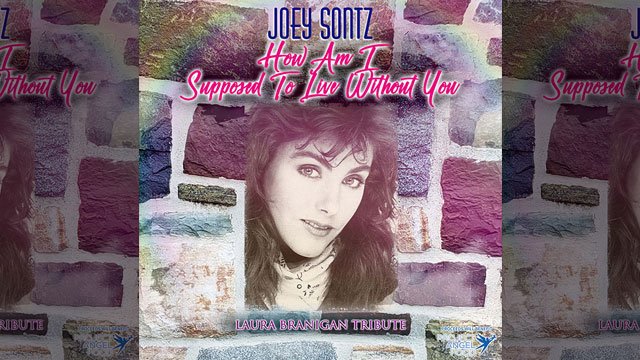 Recording artist Joey Sontz has released a musical tribute to 80s pop star Laura Branigan titled, How Am I Supposed To Live Without You, with all proceeds benefitting Project Angel Food, whose mission is to “prepare and deliver healthy meals to feed people impacted by serious illness, bringing comfort and hope every day.”

Branigan hit the #2 spot on the Billboard Hot 100 chart in 1982 with her massive hit, “Gloria.” In 1983, she continued her success hitting #1 on the Billboard AC chart with “How Am I Supposed To Live Without You.”

Sadly, Branigan died in her sleep on August 26, 2004, at the very young age of 52. The cause was attributed to a previously undiagnosed brain aneurysm.

The inspiration for the project came about from a chance meeting with Laura Branigan back in the late 80’s when Sontz was a young singer trying to make in NYC and they met on an elevator on their way to their respective voice lessons. Sontz says “Laura was beautiful, gracious and kind.”

After her untimely passing, Sontz knew that he wanted to honor her someday. When the opportunity came along to record one of her biggest hits “How Am I Supposed To Live Without You,” he felt it was the right moment.

He found recording this EP extra special as it will make a difference in the lives of others through Project Angel Food.

“We can all make a difference,” says Sontz. “Each one of us in our own way has the unique opportunity to help those who are less fortunate than ourselves.”

Joey’s achievements include a First Round Grammy Nomination in 2016, two nationally released albums including the well-received It All Begins With A Song and several Top 40 U.K. Country Singles.

Take a listen below. You can find more info on Sontz at his official site here.