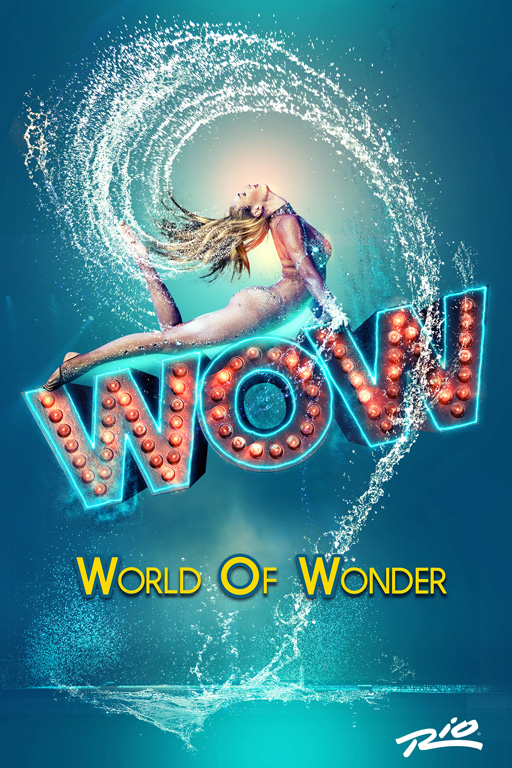 Prepare to be transported into a world of water, wonder and fantasy as “WOW,” the internationally-acclaimed production, will make its North American debut with a splash at the Rio Showroom at Rio All-Suite Hotel & Casino in Las Vegas September 26, 2017.

“WOW” is a water entertainment spectacular that transforms the ordinary into the extraordinary. The cast of more than 30 international performing artists, acrobats and dancers fly, flip, fold, dance and defy the imagination in a 180 degree theatrical setting that engages the audience from beginning to end with 3D multi-media projections, water walls, and holograms. Add breathtaking acrobatics, dazzling choreography, thrilling theatrical lighting, magnificent music and even finalists from America’s Got Talent, and you are sure to be wowed!

Created and directed by director Hanoch Rosènn, “WOW,” the long-running circus-style variety show features delights, dangers and water. Rosènn is known worldwide for his extravagant and large-scale productions – including where he directed

In preparation for its North American premiere, the Rio Showroom at Rio All-Suite Hotel & Casino is being transformed into a world of water including a custom-built stage and pool that promises an up-close and interactive audience experience. Though grand in scale, design, and production, the family-friendly show will provide Las Vegas audiences with an intimate theatrical water show adventure unlike any other.

Check out the promo video below.