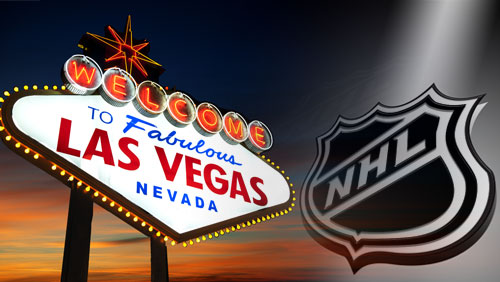 Las Vegas sporting fans are on fire – and I don’t mean the heat – over the news that after years and years of trying, the City of Entertainment will soon become a “Major League” city as billionaire business man Bill Foley has been awarded a National Hockey League expansion franchise beginning with the 2017-18 season.

The 2017 season will celebrate 100 years of the National Hockey League. The expansion will bring the number of teams in the NHL to 31. This is the first expansion for the NHL since 1997.

Gavin Maloof, whose family owns 15 percent of the Las Vegas NHL team, said: “We’re so excited. This community deserves it. They’re going to enjoy what this team brings to the city, to the fans and especially the kids.”

With Foley at his side, NHL commissioner Gary Bettman announced the decision by the league’s Board of Governors to expand at a news conference at Encore. The vote, which was 30-0 in favor, followed the recommendation of the nine-member Executive Committee, which met June 7 in New York and advised expansion to Las Vegas.

Bettman said the addition of Las Vegas was based in part on the substance of Foley’s strong bid along with a first-rate facility and the season-ticket drive that by Wednesday afternoon had surpassed 15,000 deposits as a rush of sales poured in after the official announcement.

“The Las Vegas market was intriguing,” Bettman said. “The worldwide reputation it has was appealing and it’s a city that was ready for major league sports.

“But I can’t overstate the importance of the season-ticket drive which got everyone’s attention. It demonstrated there’s a community that is ready and willing to support the NHL.”

And you know what comes along with a hockey team? Sexy hockey player calendar!