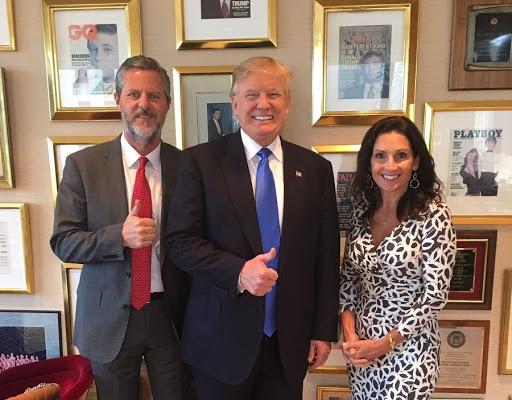 Jerry Falwell Jr., president of the evangelical Liberty University, tweeted the image after a meeting of evangelical leaders and social conservatives with Trump in New York.

Falwell faced mockery after social media users pointed out the framed 1990 Playboy Magazine cover hanging on the wall behind them.

He responded by calling those critical of him “hypocrites.”

That’s not the text, Pastor.
Jesus came to comfort the poor & humble; not bow before those claiming worldly strength https://t.co/uIA1LWBxxD