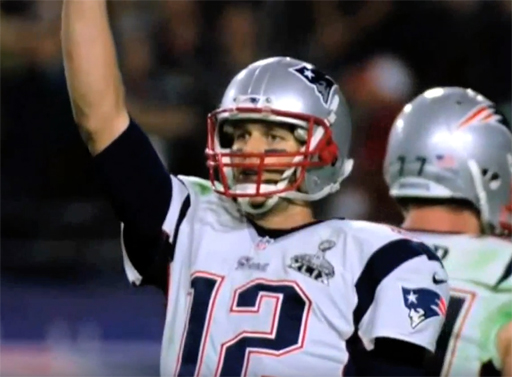 A brief moment between New England Patriots QB Tom Brady and his 11-year-old son included in a Facebook docu-series has folks questioning an expression of affection between father and son.

People have lost their minds, folks.

In the documentary, called “Tom vs. Time,” there is a scene showing the five-time Super Bowl winner getting a massage, CBS2’s Elise Finch reported. Afterward, his 11-year-old son comes into the room and asks him if he can check his fantasy football standings.

“Oh, hello. I was wondering if I could check my fantasy team,” son Jack Brady says.

“What do I get?” his father replies. Jack leans over and kisses his father and is about to leave the room, while the massage therapist working on Tom Brady’s shoulder says, “You know Jack, everything comes with a cost, bud.”

Jack returns, leans over again and kisses his father on the mouth a second time. And the second kiss shared by father and son prompted tweets from viewers using words like “very disturbing” and “uncomfortably long.”

“I’m a little uncomfortable with that,” one passerby said.

“I think at a certain age it’s like OK you can kiss them on the cheek; you can give ‘em a hug,” said Emily Hernandez, a mother of two from Harlem. “But not in the mouth and not for that long.”

“Too long, like romantic long,” said Parrish Watson of Parkchester.

“I kiss my son on his lips. I have since day one,” said Kurt Czaplinski of Hempstead. “I would have no problem with my son kissing me like that.”

Lifestyle and parenting expert Lyss Stern says she does not see anything wrong.

While no one is accusing Tom of anything untoward, some say what bothered them was affection being tied to a favor.

I think this is all really over the top. I come from a family not afraid to show affection. I don’t think there’s the slightest sexual context here.

Brady has not commented on the issue.