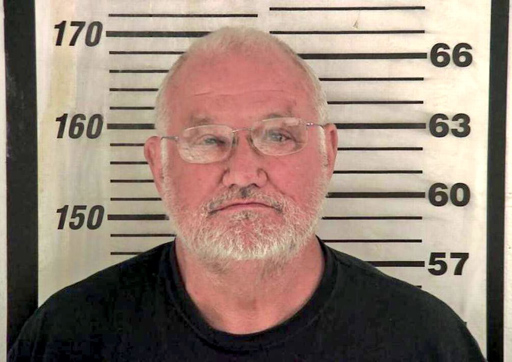 Former Judge Tim Nolan, who was Donald Trump’s campaign chair in Campbell County, has plead guilty to 21 counts of human trafficking, giving drugs and alcohol to minors and more.

According to court records, Nolan used drugs, threats of arrest and eviction to coerce women and girls under the age of 18 into sex acts.

At his sentencing, he thanked his attorneys, the judge and a doctor who was involved in his case “who made me realize things.”

Last year, Oklahoma state Sen. Ralph Shortey, who served as Trump’s campaign chair in his state, was convicted on child prostituion charges and sentenced to 10 years in prison.

JUST IN: Trump campaign chair in KY pleads guilty to sex trafficking of minors: 21 counts against 19 victims, to get 20 yrs in prison, “felony trafficking of a minor, felony inducing a minor to engage in sex, and a third count of giving alcohol to a minor”https://t.co/jlM9QpCzMS pic.twitter.com/1scCWud33F

Some of the incidents occurred in the summer of 2016 while Judge Nolan was serving as the chair of the Donald Trump campaign in Campbell County, KY. pic.twitter.com/6muv9GTSTW— PoliticsVideoChannel (@politvidchannel) February 11, 2018