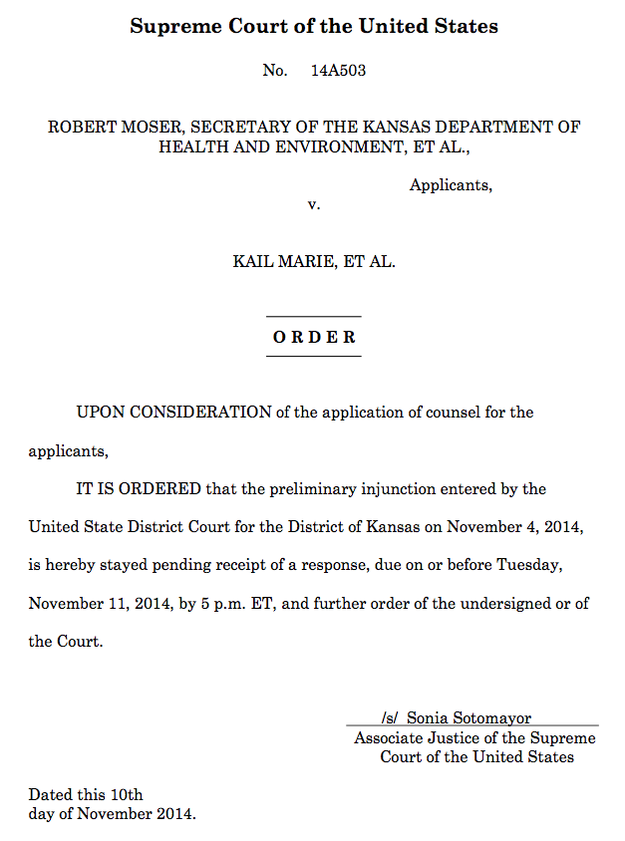 Kansas, being under the jurisdiction of the 10th Circuit Court, refers such requests to Justice Sonia Sotomayor. And she has given the state the requested stay but included the phrase “until further ordered.” So, upon further review she, or the entire Supreme Court, could revoke the stay.

Marriages were due to commence statewide at 5PM tomorrow.

Sotomayor also called for a response to Kansas’ request by 5PM tomorrow in her order today.

Many states have requested and received such stays regarding same-sex marriage as the issue has continued to march across America.