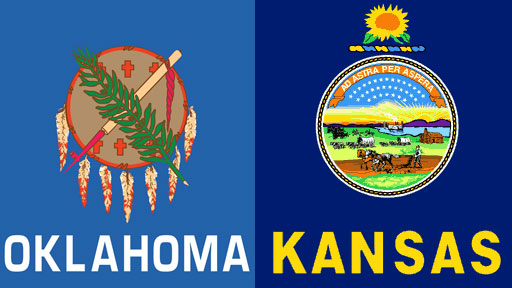 We were looking good there, America.

Four months into 2018 and no new anti-LGBTQ legislation on the state level. Until this week.

Both Oklahoma and Kansas have passed bills that will allow faith-based adoption and foster care services to legally discriminate against LGBT folks while using public funds.

In Oklahoma, the House approved the measure by a vote of 56-21 on Thursday this week after the state Senate had previously voted to advance the bill.

Kansas followed just hours later as the Senate approved the bill 24-15 at 1:51 a.m. Friday after the House passed it Thursday night, 63-58.

The legislation had been sitting for weeks before lawmakers revived and passed it in a matter of hours.

Both bills now head to their respective governors’ desks to be signed into law.

More from The Advocate:

The bills could allow discrimination against many types of prospective parents who offend an agency’s religious beliefs — single parents, divorced and remarried parents, interfaith couples, and more, in addition to LGBT individuals and same-sex couples, Winterhof pointed out. But Oklahoma Senate Majority Leader Greg Treat, who authored his state’s legislation, mentioned that when agencies express objections to certain placements, they often cite opposition to same-sex marriage, the Family Equality Council noted.

Opponents of both states’ measures said the legislation would make the already-overloaded child welfare system even more so by making fewer people eligible to become foster or adoptive parents. But supporters said the religious protections would encourage more faith-based agencies to work with the states.

Texas, Alabama, South Dakota, Virginia, and Michigan have similar laws in place, NBC reports. Michigan’s is being challenged in court by the American Civil Liberties Union.

What’s truly sad is this reduces the number of possible adoptive homes for children who really need loving parents.

Bigotry at the expense of children.