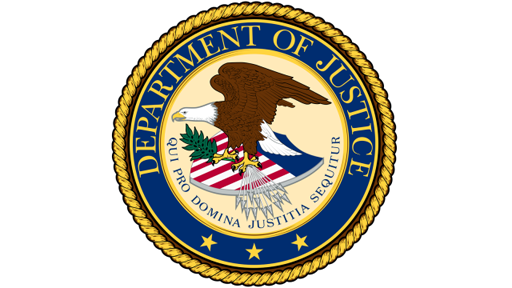 On the same day that Donald Trump unexpectedly announced a ban on transgender soldiers in the U.S. military, his Justice Department filed a friend-of-the-court brief declaring anti-LGBT discrimination is lawful in a current employment discrimination case

From Chris Johnson at the Washington Blade:

In a 23-page brief, the Justice Department under U.S. Attorney General Jeff Sessions rejects the notion that sexual-orientation discrimination is a form of sex discrimination under Title VII of the Civil Rights Act of 1964.

“The essential element of sex discrimination under Title VII is that employees of one sex must be treated worse than similarly situated employees of the other sex, and sexual orientation discrimination simply does not have that effect,” the brief says. “Moreover, whatever this Court would say about the question were it writing on a blank slate, Congress has made clear through its actions and inactions in this area that Title VII’s prohibition of sex discrimination does not encompass sexual orientation discrimination. Other statutes and rules may prohibit such discrimination, but Title VII does not do so as a matter of law, and whether it should do so as a matter of policy remains a question for Congress to decide.”

Although the Justice Department under the Obama administration never took an official view on whether sexual orientation discrimination is prohibited under Title VII, the brief effectively turns a Justice Department that once argued for protections for LGBT people into an institution that seeks to undermine them.

The reasoning in the brief contrasts with the determination of the U.S. Equal Employment Opportunity Commission, the independent agency charged with enforcing federal workplace civil rights laws. In 2015, the EEOC found in the case of Baldwin v. Foxx anti-gay discrimination constitutes sex discrimination under Title VII.

Sarah Warbelow, legal director for the Human Rights Campaign, issued this statement, “In one fell swoop, Trump’s DOJ has provided a roadmap for dismantling years of federal protections and declared that lesbian, gay, and bisexual people may no longer be protected by landmark civil rights laws such as the Fair Housing Act, Title IX, or Title VII.”

Here’s a recap of actions the Trump administration has taken against LGBT folks since Trump was inaugurated.

But remember, Donald Trump promised during the 2016 campaign how much “better” for the gays he would be than Hillary Clinton. 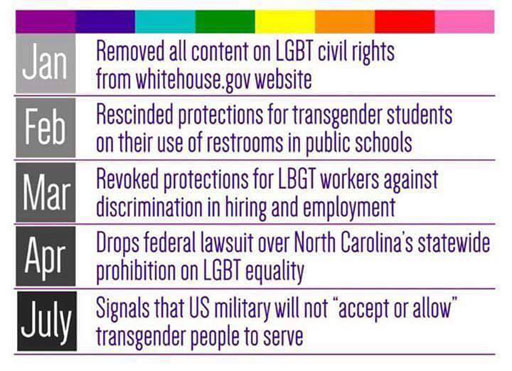