It’s still being hashed out, but it appears the Department of Justice has agreed to one of Team Trump’s picks for a special master to review documents retrieved from Mar-a-Lago. END_OF_DOCUMENT_TOKEN_TO_BE_REPLACED

While there had only been speculation so far, the Washington Post is reporting today that Donald Trump IS under criminal investigation by the Department of Justice for his efforts to overturn the 2020 election results. 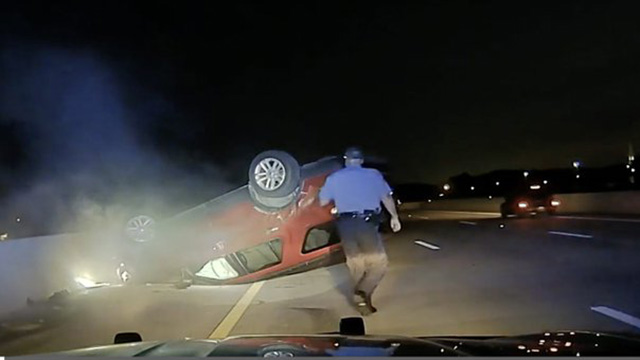 Folks are getting angry about a court filing by the Department of Justice where it appears the DOJ could be defending religious schools against LGBTQ students who say they are being discriminated against.

The Justice Department in a court filing Tuesday said it can “vigorously” defend a religious exemption from federal civil rights law that allows federally funded religious schools to discriminate against LGBTQ students, a move that surprised some LGBTQ advocates who said the wording went further than just an obligation to defend an existing law.

In the filing, the Biden administration said it “shares the same ultimate objective” as the conservative Christian schools named in the case.

“What this means is that the government is now aligning itself with anti-LGBTQ hate in order to vigorously defend an exemption that everyone knows causes severe harm to LGBTQ students using taxpayer money,” said Paul Carlos Southwick, director of the Religious Exemption Accountability Project, which filed the case in March on behalf of dozens of current and past students at conservative religious colleges and universities. “It will make our case harder if the federal government plans to vigorously defend it like they have indicated.”

The case at hand, Hunter v. the U.S. Department of Education, involves 40 LGBTQ students from religious colleges and universities who have filed suit against the government for providing funding to schools with discriminatory policies.

The schools, however, are playing the First Amendment rights card saying they have a right to discriminate against queer students via their traditional religious beliefs about sexuality and gender.

While it sounds like the Justice Department has thrown us under the bus, over on Michelangelo Signorile’s website LGBTQ civil rights lawyer Jillian Weiss took a look and says this may not be as bleak as it seems:

“As I read the brief, DOJ is trying to prevent religious colleges from taking over the case. They would certainly argue outlier positions that a newly conservative Supreme Court would love to scoop us.

“Sure, 28 USC 1681(a)(3) is bogus: “this section shall not apply to an educational institution which is controlled by a religious organization if the application of this subsection would not be consistent with the religious tenets of such organization.”

“But I would prefer Garland’s DOJ to handle this any day of the week rather than the proposed religious intervenors.”

According to a new report, Jeffrey Clark, the acting head of the civil division at the end of the Trump administration, supported Donald Trump’s plans of undermining the 2020 presidential election and using the Department of Justice to pressure Georgia officials to change the state’s election results.

The department’s senior leaders were shocked when Mr. Clark’s machinations came to light. They have spent recent weeks debating how he came to betray Mr. Rosen, his biggest champion at the department, and what blend of ambition and conviction led him to reject the results of the election and embrace Mr. Trump’s claims, despite all evidence to the contrary, including inside the department itself.

The plot devised by Mr. Clark and Mr. Trump would have ousted Mr. Rosen and used the Justice Department to pressure lawmakers in Georgia to overturn the state’s election results. But Mr. Trump ultimately decided against firing Mr. Rosen after top department leaders pledged to resign en masse.

The Times goes on to quote colleagues of Clark who were stunned to find out about the plan.

“The story kind of shocked me because this is not the Jeff that I know,” said Theodore H. Frank, a friend and former co-worker.

A Justice Department watchdog is now apparently investigating the matter.

Read the full report at the New York Times.

Jeffrey Clark Was Considered Unassuming. Then He Plotted With Trump. – The New York Times https://t.co/9AD6aHpQg1

A Justice Dept. watchdog (Horowitz) has opened an investigation into whether any current or former officials tried improperly to wield the powers of the department to undo the results of the presidential election.

Tip to the watchdog: Clark did.

A former federal judge asked to look into the Justice Department’s highly unusual request to drop its criminal case against Michael Flynn, Donald Trump’s first national security advisor, did not demure in his assessment calling the move a “gross abuse of prosecutorial power.”

“The Government has engaged in highly irregular conduct to benefit a political ally of the President,” the ex-judge, John Gleeson, wrote in a scathing legal filing opposing the proposed dismissal. Trump has strongly criticized the prosecution of Flynn.

Gleeson, who was assigned by the judge in Flynn’s case to advise him on several questions, also wrote that the retired Army lieutenant general “has indeed committed perjury” in his statements to the case judge during proceedings in the case, “for which he deserves punishment.”

But Gleeson added that while federal Judge Emmet Sullivan has the power to hold Flynn in criminal contempt for perjuring himself during a plea hearing and another hearing conducted by Sullivan, the judge should “not exercise that authority.”

“Rather, [Sullivan] should take Flynn’s perjury into account in sentencing him on the offense to which he has already admitted guilt,” Gleeson wrote in a filing in U.S. District Court in Washington, D.C.

Twice under oath, Flynn admitted to lying to FBI agents about his discussions with Russia’s ambassador to the United States prior to Trump’s inauguration.

In the end, all of this won’t matter. Trust and believe, the Donald will issue a pardon for Flynn.

More than 1,100 former Department of Justice (DOJ) officials are calling for Attorney General William Barr to resign in the wake of the DOJ’s decision to ask for a shorter prison sentence for Roger Stone, a longtime ally and friend of President Trump.

“Barr’s actions in doing the President’s personal bidding unfortunately speak louder than his words,” the group of ex-officials wrote in a letter shared on Sunday by Protect Democracy, a nonprofit watchdog group. “Those actions, and the damage they have done to the Department of Justice’s reputation for integrity and the rule of law, require Mr. Barr to resign.”

The public statement arrived as Barr and the Justice Department face increased scrutiny over their actions in the Stone case. Four prosecutors resigned from the case last week, and one left the job altogether after Barr and other DOJ leaders asked for a lighter prison sentence than the one the front-line prosecutors initially recommended.

Stone’s trial was born out of evidence found during former special counsel Robert Mueller’s investigation into Russian interference. A jury found Stone guilty of all seven charges brought against him.