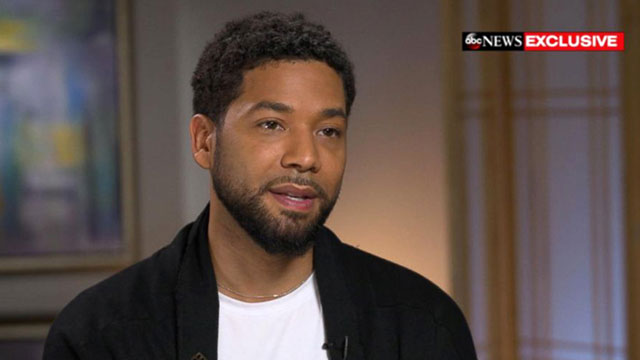 Former Empire star Jussie Smollett has been indicted (again) on charges relating to an alleged racist and homophobic attack he reported to the police in January 2019.

According to FOX 32 News, Smollett has been indicted by special prosecutor Dan Webb on six charges.

To refresh your memory, here’s a timeline of the ongoing twisted tale:

January 22, 2019 – Smollett told police he received a threatening letter at the studios where Empire filmed.

January 30, 2019 – Police release a photo of two ‘persons of interest’ in the incident.

February 14, 2019 – The two ‘persons of interest’ were arrested at O’Hare Airport as they returned from a trip to Nigeria.

February 16, 2019 – Identified as brothers Ola and Abel Osundairo, the arrested men say they are ‘eager’ to speak to Smollett.

February 17, 2019 – The brothers tell the police Smollett paid them to stage the ‘attack.’ They say Smollett felt the threatening letter he’d received didn’t get enough attention.

February 21, 2019 – Smollett turned himself in to the authorities facing 16 counts of felony disorderly conduct for lying to police about the alleged attack.

March 26, 2019 – All charges against Smollett were abruptly dropped. At the time, a spokesman for the Cook County prosecutor’s office said the decision to dismiss charges came “after reviewing all of the facts and circumstances of the case.” Additionally, Smollett agreed to let the city retain his $10,000 bail.

June 21, 2019 – Webb was appointed as a special prosecutor to investigate the Cook County State’s Attorney’s Office’s decision to drop all charges. A few weeks later, Smollett tried to have the appointment overturned.

To date, Smollett has maintained his innocence telling reporters at the time, “I would not be my mother’s son if I was capable of one drop of what I was being accused of.”

Stay tuned as this story continues to develop.