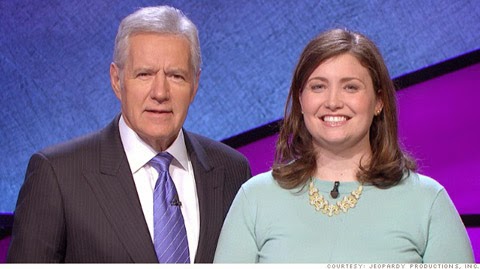 In the eighth grade, Julia Collins predicted she would become a “Jeopardy!” champion.

Now, she’s done even more than that as she becomes the winning-est woman ever to appear on the popular TV game show.

Julia Collins has racked up more wins than any other woman in “Jeopardy!” history, earning $391,600 in the process.

“I was a pretty nerdy kid,” Collins says. “I liked to shout out the answers to the TV like everybody else does.”

Collins, 31, a resident of the Chicago suburb of Wilmette, made history when she won her 17th straight game Tuesday, and then added another victory Wednesday.

Only past contestants Ken Jennings (74) and David Madden (19) have won more consecutive non-tournament games than this. The show premiered 50 years ago.

Check the video report below from ABC News: