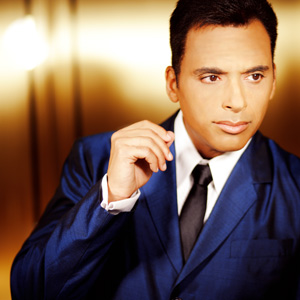 Jon Secada’s new track, “Your Voice Inside,” is inspired by a different kind of love: the love Secada has for his Cuban-born father, Jose, who died in 2011 due to complications attached to liver cirrhosis stemming from chronic Hepatitis C.

With the lyrics, “You’re the difference/You’re the one/There’s no compromise,” Secada is sending a different kind of message.

“The song is an extension of my feelings and my thoughts, especially because of my relationship with my Dad,” Secada said during a recent visit to CBSNews.com. “I learned so much,” Secada said about the virus infection that affects nearly 3.2 million Americans — 1 million of whom are Hispanic-Americans.

He’s using what he learned by becoming part of the national health campaign, Tune In To Hep C, which also features Natalie Cole and blues-rocker Gregg Allman as spokespeople. They both have suffered from chronic Hepatitis C.

Approximately 70 to 80 percent of people newly infected with the disease don’t have symptoms.

“The whole idea is for people to know and learn,” Secada said. “I wish I had the opportunity to pass that on to my father.”

The Cuban-born, Miami-based singer says his dad was a “huge source of spirituality” for him.

“My father had so much spirit,” he said. “He was a hard-worker, a provider.”

“The Voice Inside” will appear on Secada’s upcoming album, due out later this year. It marks two decades since the release of his self-titled debut and the subsequent singles “Just Another Day,” “Angel” and “Do You Believe in Us.”
(source)