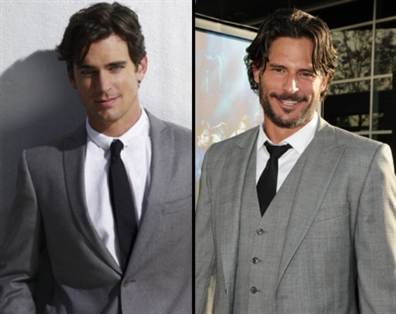 Most people know that Joe Manganiello and Matt Bomer are two of TV’s sexiest men. But few are aware that they were college roommates.

The two men became buddies while rooming together at Carnegie Mellon University in Pittsburgh (Class of 2000). 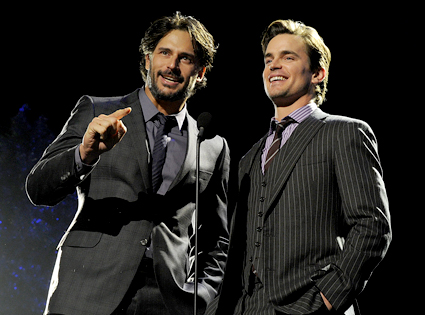 Bomer says he’s totally up for some fang banging.

“I’m Team Alcide all the way, “ he said, referring to Manganiello’s character. “But if I’m going to do a guest spot on True Blood, I wanna play a vampire.”

I would love to see Bomer appear on True Blood. BUT until then, look for his duet with Darren Criss on Glee, playing Blaine’s older brother.