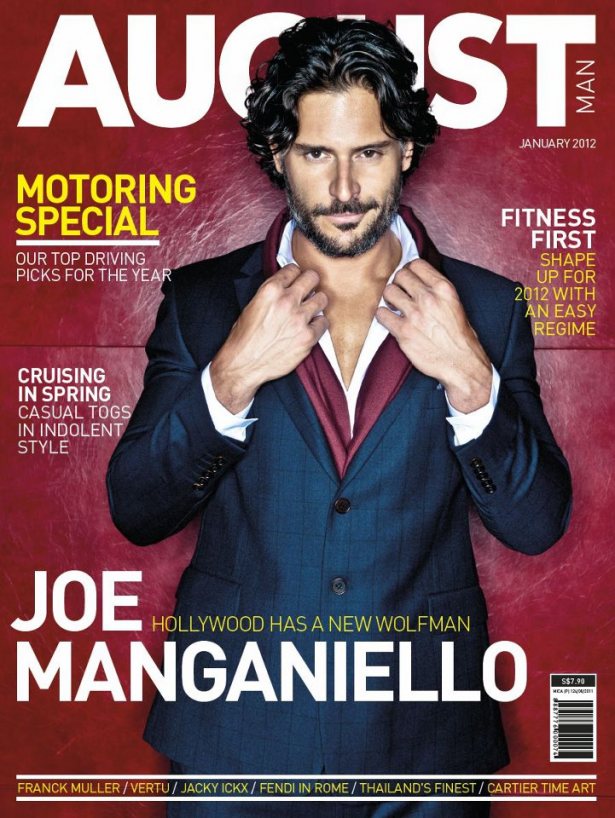 Joe Manganiello is featured in the January 2012 issue of August Man Magazine.