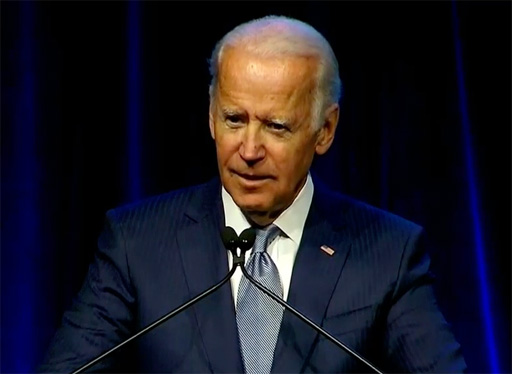 In an essay for The Atlantic, former Vice President Joe Biden calls on Americans to do what the current president will not: uphold American values by clearly denouncing hate groups.

We have fought this battle before—but today we have a special challenge.

Today we have an American president who has publicly proclaimed a moral equivalency between neo-Nazis and Klansmen and those who would oppose their venom and hate.

We have an American president who has emboldened white supremacists with messages of comfort and support.

This is a moment for this nation to declare what the president can’t with any clarity, consistency, or conviction: There is no place for these hate groups in America. Hatred of blacks, Jews, immigrants — all who are seen as “the other” — won’t be accepted or tolerated or given safe harbor anywhere in this nation.

A week after Charlottesville, in Boston, we saw the truth of America: Those with the courage to oppose hate far outnumber those who promote it.

Then a week after Boston, we saw the truth of this president: He won’t stop. His contempt for the U.S. Constitution and willingness to divide this nation knows no bounds. Now he’s pardoned a law-enforcement official who terrorized the Latino community, violated its constitutional rights, defied a federal court order to stop, and ran a prison system so rife with torture and abuse he himself called it a “concentration camp.”