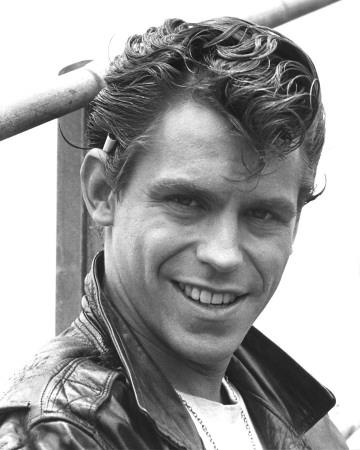 Jeff Conaway has passed away at 60.

Conaway, 60, rose to fame playing one of the T-Birds in the 1978 film adaptation of Grease. Later that year, he co-starred in the popular sitcom Taxi, as actor-turned-taxi-driver Bobby Wheeler, before leaving in Season 4. He later appeared on The Bold and the Beautiful and Babylon 5 in the ’90s.

In recent years, however, Conaway has turned to reality TV. He was a contestant on the third season of Celebrity Fit Club, but was forced to leave the show and enter rehab. Two years later, he returned to VH1 to appear on Celebrity Rehab with Dr. Drew, seeking treatment for addictions to cocaine, painkillers and alcohol.

Born in New York City, Conaway shot to fame in the ’70s as a quintessential cocky guy: first in the internationally successful Grease and then on the TV hit Taxi, on which he played a similarly brash struggling actor named Bobby Wheeler from 1978 to 1981 (he left the show for its last two seasons). In 1980, he married Grease co-star Olivia Newton-John’s sister, Rona, and had a son named Emerson, though the couple divorced five years later.

He snagged roles on The Bold and the Beautiful in 1989 and Babylon 5 in the ’90s, but his most disturbingly memorable appearance came when he appeared on Celebrity Rehab as one of Dr. Drew Pinsky’s most difficult cases. After a long struggle with addiction, he first appeared on the show’s 2008 season to fight a dependency on alcohol, cocaine, and painkillers.

He was admitted to a Los Angeles hospital after being found unconscious in his Encino, CA, home. He remained in a coma for two weeks.