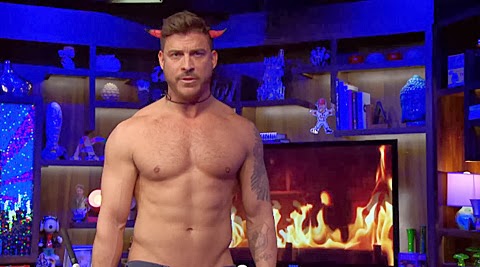 In this installment, Jax Taylor, who is apparently a bartender on Vanderpump Rules, gives us his take on a monologue from The Devil’s Advocate (originally delivered by none other than Al Pacino in the film).

Nice body, there Jax.  And the horns are a nice touch.

I won’t serve judgement on the acting, though.

Readers? Did he acquit himself? Or should he stick with his day job?