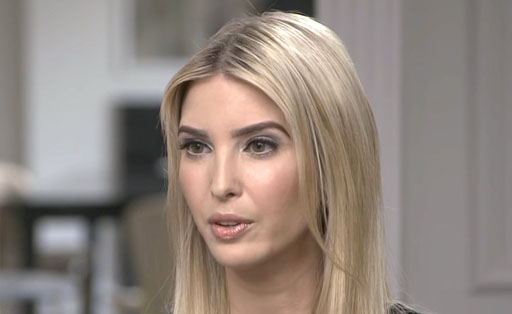 I seriously find it difficult to believe that after an entire presidential campaign where her father lambasted Hillary Clinton for using private email, his daughter has gone and done the same thing.

She claims ignorance about the rules….?

Ivanka Trump sent hundreds of emails last year to White House aides, Cabinet officials and her assistants using a personal account, many of them in violation of federal records rules, according to people familiar with a White House examination of her correspondence.

White House ethics officials learned of Trump’s repeated use of personal email when reviewing emails gathered last fall by five Cabinet agencies to respond to a public records lawsuit. That review revealed that throughout much of 2017, she often discussed or relayed official White House business using a private email account with a domain that she shares with her husband, Jared Kushner.

The discovery alarmed some advisers to President Trump, who feared that his daughter’s practices bore similarities to the personal email use of Hillary Clinton, an issue he made a focus of his 2016 campaign. Trump attacked his Democratic challenger as untrustworthy and dubbed her “Crooked Hillary” for using a personal email account as secretary of state.

The shameless hypocrisy of these people never ceases to amaze me.

Private email was permitted while Hillary was Sec. of State. Obama changed rules after she had left office. I wonder if conservative ignoramuses will chant #LockHerUp now? pic.twitter.com/0fh52YP6Jz— Bryan Dawson (@BryanDawsonUSA) November 20, 2018