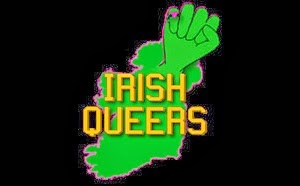 “We welcome this cracking of the veneer of hate, but so far Irish LGBT groups are still not able to march in our community’s parades. The fight continues.

“This is a deal that was made behind closed doors between parade organizers and one of their last remaining sponsors, NBC. It allows NBC’s gay employees to march, but embarrassingly has not ended the exclusion of Irish LGBT groups. The parade organizers have said, astoundingly, that we “can apply” in years to come.

“To the extent that parade organizers have changed their tune, it’s the result of Irish Queers’ many years of organizing, which led to last year’s refusal to march by Council Speaker Mark-Viverito and others, and Mayor de Blasio, the withdrawal of major corporate sponsors and escalating criticism of uniformed city workers marching in the Parade.

“We welcome this small victory, but our call remains the same — the parade must be open to Irish LGBT groups, not “in subsequent years” but now.” – Irish Queers react to news of NBCUniversal group to be allowed to march in upcoming St. Patrick’s Day Parade in NYC.