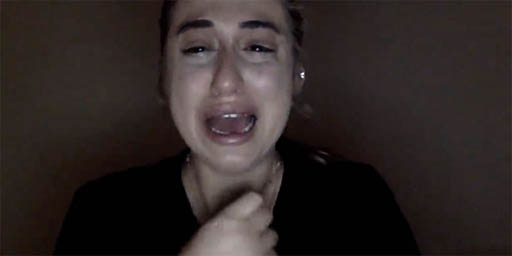 Taylor became so upset she admitted to calling 911 and reporting the deletion.

“I called the police actually and told them about this,” the 21-year-old told pop culture site INSIDER. “They said you can’t compare a murder to this, and I was like, no, that’s exactly what it felt like.”

The former stripper contends that “haters” reported her posts as spam which resulted in the removal of her account.

Apparently, in an attempt to gain more followers, she made racist comments on her account.

“That wasn’t from the bottom of my heart,” she explained to INSIDER. “At the time, I didn’t have that many followers, so I thought if I say this, maybe I can get more followers.”

In the video posted by Taylor (which has garnered over 1.1 million views), she makes it clear life without Insta-celebrity can be devastating for some people.

She goes on to say that she makes all of her income online because she’s not a nine-to-five kind of girl – “THAT IS NOT ME! I am in LA to notbe like that!”

Taylor shared with INSIDER that even though she earned over $500,000 in the past few years, “That money does not last.”

“You go to the Gucci store a few times, you pay a couple of months of rent…I’m not rich like I used to be,” she said. 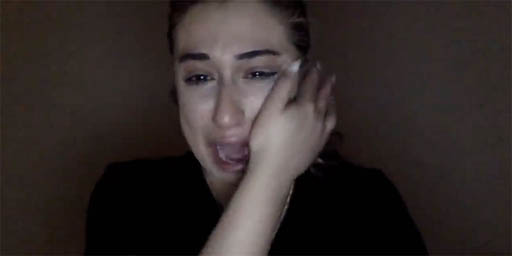 That said, she does admit her Instagram following did go to her head.

“I turned into a mean person when I had my account,” she told INSIDER. “If people would try it with me, I’d use it to say, ‘You need to understand who the f*ck you’re talking to.'”

After a week of being banished, Instagram did reactivate her account explaining the deletion was “in error.”

Explaining that those fateful seven days really changed her in “the best way,” Taylor says she will “never be the same” thanks to this “blessing in disguise.”

We’re not sure if this is performance art, parody, an attempt to become the new Chris Crocker, or just plain cray cray, but hit the play button and see for yourself.

p.s. if you click over to the YouTube page that hosts the video, the comments are just about what you’d imagine.  The clip currently has 19,000 ‘thumbs down’ votes and only 1,000 ‘thumbs up.’