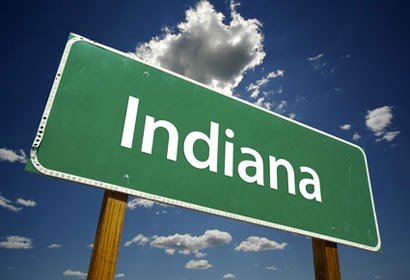 The Indianapolis Star has polled the members of the Indiana House and it looks like the vote, which could come as early as Monday, is much tighter than anyone imagined.

That gives opponents a better shot than most anyone expected just weeks ago, but they still need to woo 13 non-committed lawmakers — including at least 11 Republicans — to kill the ban.

“Everyone assumed it would be closer this time than in 2011,” said Andy Downs, director of the Mike Downs Center for Indiana Politics at Indiana University-Purdue University Fort Wayne. “But this is a lot closer than I think people would have expected.

“If I were leadership at this time,” he said, “I’d be pretty nervous right now.”

One tactic to help get the bill over the goal line would be to delete the second sentence of the legislation, which also would ban civil unions and other similar arrangements.

That sentence looks to be a a bridge too far for many lawmakers.

Rep. Kevin Mahan, R-Hartford City, who voted yes in 2011, said the second sentence, “gives me heartburn and gives many of my constituents heartburn.”

Rep. Dan Leonard, R-Huntington, who plans to vote “no” because of the sentence, said he would be surprised if any Republican proposes a change, given the pressure from the leadership to pass it as is.

Social conservatives don’t want any changes to the resolution because it would require another, separately elected legislature to approve the revised amendment and would delay a public vote for at least another year.