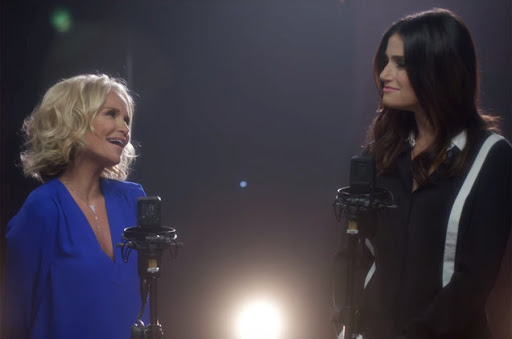 Tony Award-winners Kristin Chenoweth and Idina Menzel sing “For Good” together for the first time in 12 years.

The ladies got together to duet once again for a Second Stage Theatre’s gala honoring Wicked producer David Stone on Monday.

The two created their iconic roles of “Glinda” and “Elphaba” (respectively) in the original cast of Wicked, which recently crossed over $1 billion in box office for the Broadway company alone, and over $4 billion worldwide.

Years later, the connection between the two is just as magical.