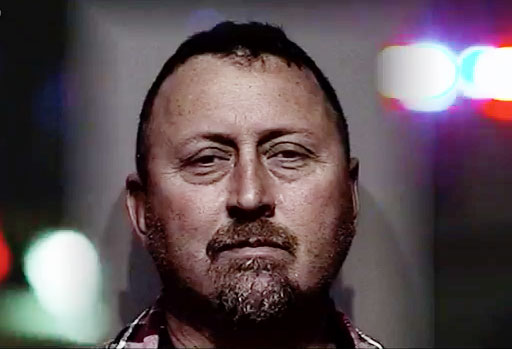 File this under ‘Today in Trump Nation.’

A group of church kids from Spokane, Washington, on a field trip to Idaho were accosted by a man identified as Richard Sovenski at a McDonalds restaurant as they stopped for ice cream.

A group of high schoolers from a Spokane youth group traveled to Coeur d’Alene last Thursday to hear a guest preacher. Afterward, the group’s leader, Jose Ceniceros, took them out for ice cream at McDonald’s.

As the group was getting ready to leave Sovenski started hurling racial slurs and profanity at them, Ceniceros says. A woman, who was standing with Sovenski, later told police that the kids were “being rude, dancing and running around causing a disturbance.”

Ceniceros disputes this, and says as they approached the door to leave Sovenski sucker punched Ceniceros and threw him to the ground. Ceniceros began recording Sovenski with his cell phone once they were outside and has shared the video with the Inlander.

“Fuck you, you fucking half-breeds! Get the fuck out of Idaho!” Sovenski is shown saying on video.

“You got a fucking problem, I’m your fucking guy!” he adds. “I will fuck you up in a fucking heartbeat, you little faggot!”

The man accompanying Sovenski, who grabs his genitals at the end of the video, is apparently Sovenski’s son.

The local NBC affiliate reports that in interviews with investigators, Sovenski’s wife says she was worried the children might have bumped into her as she’d recently undergone shoulder surgery.

For Sovenski’s part, he told investigators that he didn’t so much ‘punch’ Ceniceros as ‘pushed’ him and that the church youth leader must have “tripped over his own feet.”

Sovenski said he used the strong language to “get the upper hand” in the argument, and believing the comments would “get under their skin.”