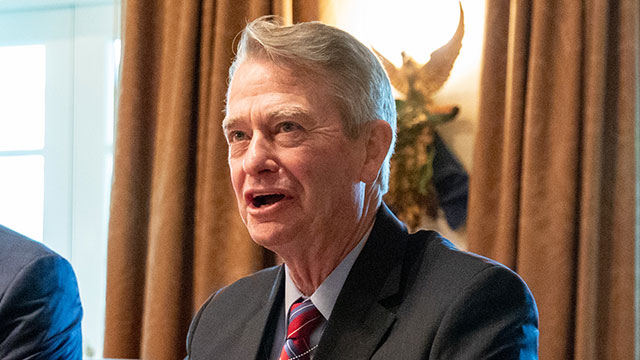 After allowing two recently passed bills to sit on his desk for more than a week, Idaho Governor Brad Little chose to sign two anti-transgender bills into law on the eve of International Transgender Day of Visibility.

In 2018, U.S. Magistrate Judge Candy Dale ruled a prohibition on updating birth certificates by Idaho’s Department of Health and Welfare was discriminatory because some citizens – like adoptive parents – were allowed to amend birth certificates while trans people were not. The court ruled that the ban could cause “irreparable injury and harm” to trans people.

This makes Idaho the first state in the country to pass legislation targeting transgender student-athletes.

The Idaho attorney general’s office has already told the press that it estimates it will cost $1 million to defend the law in court.

The new law also allows for female student-athletes gender to be “challenged” and forces the athlete to submit to medical exams to prove their gender.

“This bill asks doctors to perform procedures way outside of the standards of care,” pediatrician Jessica Duvall told Forbes. “Moreover, even if the tests were performed against medical society norms, more often than not they do not yield clear, easily interpreted results.”

The Human Rights Campaign issued a statement denouncing both laws said that both laws.

“We are living in an unprecedented global health crisis, with confirmed cases of COVID-19 increasing on a daily basis in Idaho, across the United States, and around the world, but Governor Brad Little and the Idaho legislature have decided to prioritize the demonization of transgender people,” said HRC President Alphonso David in a statement.

“This is unacceptable, and a gross misuse of taxpayer funds and trust. Idaho is leading the way in anti-transgender discrimination, and at a time when life is hard enough for everyone, Idaho’s elected leaders will be remembered for working to make their transgender residents’ lives even harder.”

Alex Schmider, GLAAD’s Associate Director of Transgender Representation, denounced the legislation as well writing, “Tonight, on the eve of Transgender Day of Visibility and while the United States is overwhelmed with a massive public health crisis, Idaho Governor Brad Little passed legislation targeting some of the most vulnerable members of the LGBTQ community — transgender children. Although medical experts, sport governing bodies, and Idaho’s major employers have spoken out against these two bills, Governor Little has instead sided with discrimination. Now, more than ever, transgender people need to be supported, not subjected to state-sponsored discrimination and suffering.”

“Our country is facing an unprecedented health crisis, and Gov. Little and members of the Idaho Legislature have prioritized attacking transgender student-athletes with this discriminatory and unnecessary new law,” said Rodrigo Heng-Lehtinen, deputy executive director for the National Center for Transgender Equality. “State leaders should focus on protecting public health and safety, not on attacking vulnerable youth who want to play on a team with their peers. With so much suffering right now, Idaho is making sure trans kids suffer more.”