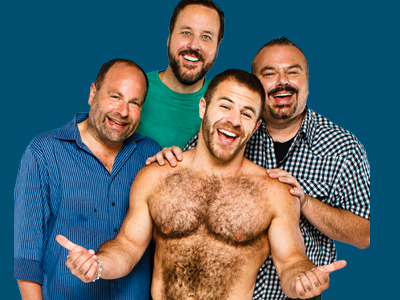 Ian Parks –  sexy “Hot Toddy” from the hit web series WHERE THE BEARS ARE
– joins Candi & Randy to talk about the fun and furry series, the
newly released DVD of Season 1 – and  bonus extras included – and plans
for Season 2.

WHERE THE BEARS ARE has been named one of
the best new web series of 2012 by several major web sites including
Buzzfeed, Queerty and AfterElton.com.

Part Golden Girls, part Murder She Wrote, this web series mixes in camp with a murder mystery that’s something of a gay-version of Clue.

Click here for more info on WHERE THE BEARS ARE and how to buy the DVD.

Hit the player above to listen.