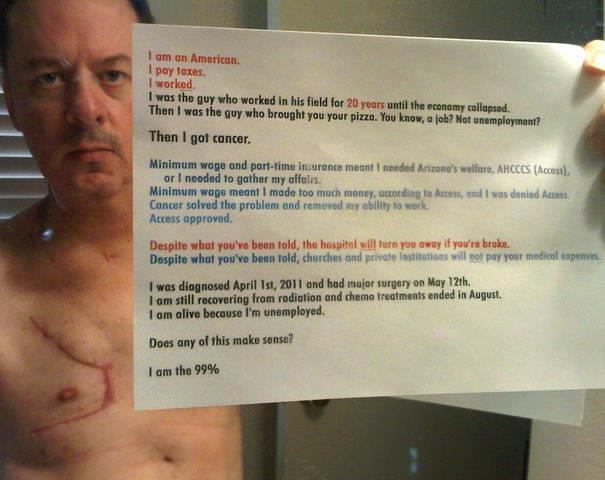 “I am an American.
I pay taxes.
I worked.
I was the guy who worked in his field for 20 years until the economy collapsed.
Then I was the guy who brought you your pizza.  You know, a job?  Not unemployment?

Then I got cancer.

Minimum wage and part-time insurance meant I needed Arizona’s welfare, AHCCS (Access), or I needed to gather my affairs.
Minimum wage meant I made too much money, according to Access, and I was denied Access.
Cancer solved the problem and removed my ability to work.
Access approved.

I was diagnosed April 1st, 2011 and had major surgery on May 12th.
I am still recovering from radiation and chemo treatments ended in August.
I am alive because I’m unemployed.

Does any of this make sense?