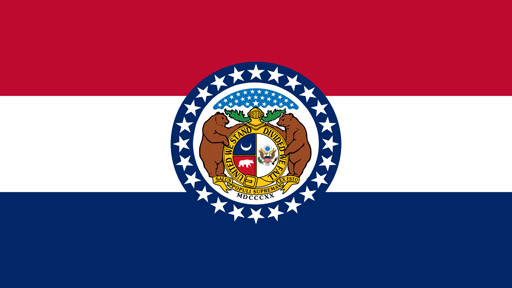 Democratic state Senators in the Missouri legislature have been up all night in an effort to filibuster SJR39 – legislation that would possible legalize LGBT discrimination in the “Show Me State.”

Many have pointed out the legislation is unnecessary because LGBTs are not protected in the state’s human rights laws. So, it’s already perfectly legal to discriminate against LGBTs in terms of housing, employment, or even wedding cakes.

Today, HRC praised Missouri Senate Democrats for leading a historic filibuster – now in its 17th hour – to stop Republicans from moving forward with Senate Joint Resolution (SJR) 39 – a measure that could enshrine discrimination against LGBT Missourians and their families into the state constitution.

Still going strong since 4:00 PM CT yesterday, these pro-equality state senators have been vigorously fighting an assault on equality that’s similar to so-called “First Amendment Defense Act” legislation introduced in other states. The extreme resolution would lead to a ballot measure that proposes to allow individuals, organizations, and businesses to use religion as a valid excuse to discriminate against LGBT people.

“These Missouri Senate Democrats working throughout the night to stop this outrageous assault on LGBT Missourians and their families are our heroes,” said JoDee Winterhof, HRC Senior Vice President for Policy and Political Affairs. “This resolution has nothing to do with religious liberty and everything to do with enshrining anti-LGBT discrimination into the Missouri Constitution. We are incredibly grateful for these state senators who are standing up against overwhelming odds to proclaim that hate and discrimination are not Missouri values.”

SJR 39 goes far beyond protecting the right of free exercise of one’s religion. While shrouded in language framed as prohibiting the state government from making funding or tax status decisions based on an organization’s views on marriage that are driven by religious belief, in reality it opens the door to discrimination against same-sex couples, their families, and those who love them.

If voted into law, LGBT people and their families could suddenly find themselves at risk of being denied many basic services. Taxpayer funded foster care providers and adoption agencies could refuse to place children in need of loving homes with same-sex couples. Taxpayer funded homeless shelters could turn away LGBT couples and their families. The legislation would have reckless intended and unintended consequences.

The resolution addresses no real problem in the state as no federal or state law requires religious organizations or clergy to sanction or perform same-sex marriages.

UPDATE: As the filibuster has now passed the 24 hour mark, the Washington Blade’s Chris Johnson follows up with a few more details on the bill.

The law has four parts aimed at allowing religious people and organization to deny wedding services to same-sex couples:

* It prohibits the state from imposing a penalty on a religious organization who acts in accordance with a sincere religious belief concerning same-sex marriage, which includes the refusal to perform a same-sex marriage ceremony or allowing a same sex wedding ceremony to be performed on the religious organization’s property. (A religious organization under the resolution is construed broadly to include religious societies, corporations, schools, social service providers and hospitals.)
* It bars the state from penalizing an individual who declines, due to sincere religious beliefs, to provide goods of expressional or artistic creation for a same-sex wedding ceremony.
* It explicitly doesn’t prevent the state from providing lawful marriage licenses or other marital benefits. Under the resolution, hospitals couldn’t refuse to treat a marriage as valid for the purposes of a spouse’s right to visitation or to make health care decisions.
* It allows individuals protected under this resolution to use the law as a claim or defense in a legal proceeding regardless of whether the state is a party in the dispute.

Governor Jay Nixon of Missouri has also weighed in on the issue: