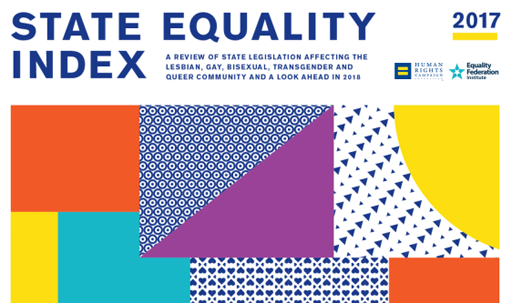 I’m happy to see the three states (New York, California, Nevada) I’ve lived in during my adult life are all three in the top category.

The Human Rights Campaign (HRC) Foundation and the Equality Federation Institute released their annual State Equality Index (SEI), a comprehensive state-by-state report detailing statewide laws and policies that affect LGBTQ people and their families and placing states in one of four categories based on their pro- and anti-LGBTQ state laws.

• 38% of voters incorrectly believe there are federal laws that protect LGBTQ people regarding employment, housing and access to government benefits.