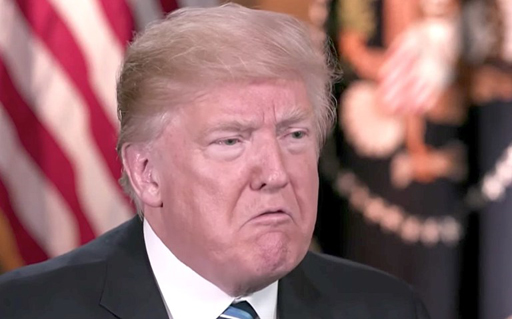 Accusing President Trump of obstructing justice during the current investigation into Russia’s interference in the 2016 presidential campaign, Rep. Brad Sherman (D-Calif.) has filed an article of impeachment against Trump.

This is the first time a lawmaker has offered an impeachment article against Trump, and comes as Democrats have debated whether it is politically wise to press the case for impeachment at this time.

A majority vote in the House, currently controlled by Republicans, is required to impeach a president. Republicans have a 46-seat advantage.

“I think that is utterly and completely ridiculous and a political game at its worst,” she told reporters Wednesday at an off-camera briefing.

Sherman argues that Trump’s abrupt firing of James Comey as FBI director in May amounts to obstructing justice and “high crimes and misdemeanors” amid the probes of whether Trump’s campaign colluded with the Russian government to swing the election.

He cites Comey’s allegations that Trump pressured him to drop the FBI’s investigation into ousted former White House national security adviser Michael Flynn, as well as Trump’s shifting story on why he fired Comey.

The measure, H.R. 438, was officially introduced on the floor of the House today.

Sherman is an 11 term congressman who represents my old district in the San Fernando Valley area of Los Angeles. He’s a good guy.

This will, of course, go nowhere in the GOP-controlled House.