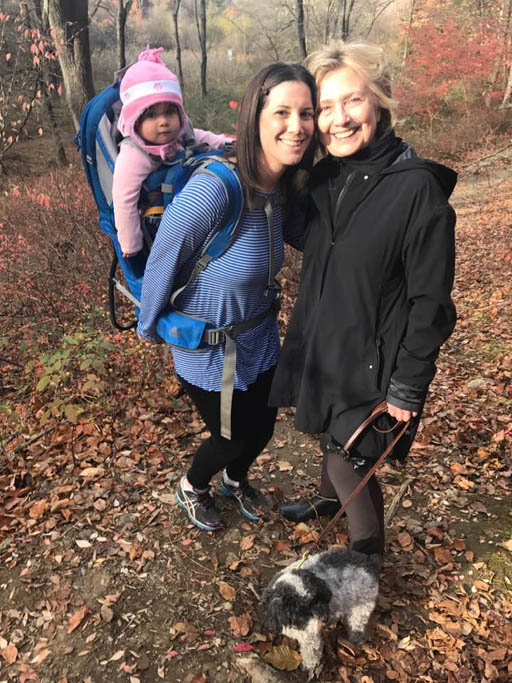 After a profoundly heart-felt concession speech from Hillary Clinton to the nation yesterday, one supporter – Margot Gerster – had a surprise private encounter with the former presidential candidate:

“I’ve been feeling so heartbroken since yesterday’s election and decided what better way to relax than take my girls hiking.

“So I decided to take them to one of favorite places in Chappaqua. We were the only ones there and it was so beautiful and relaxing.

“As we were leaving, I heard a bit of rustling coming towards me and as I stepped into the clearing there she was, Hillary Clinton and Bill with their dogs doing exactly the same thing as I was.

“I got to hug her and talk to her and tell her that one of my most proudest moments as a mother was taking Phoebe with me to vote for her. She hugged me and thanked me and we exchanged some sweet pleasantries and then I let them continue their walk.

“Now, I’m not one for signs but I think ill definitely take this one. So proud. #iamstillwithher #lovetrumpshate #keepfighting #lightfollowsdarkness