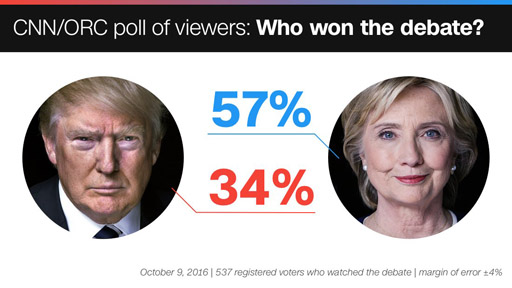 The CNN/ORC poll taken right after the 90 minute face-off showed 57% felt Hillary was the victor, while 34% thought Donald Trump came out on top.

According to YouGov’s post-debate poll, Hillary Clinton won the debate against Donald Trump by 47% to 42%.

She was also considered “more Presidential” by a 57% to 31% margin.

Check out how the viewers broke it down via gender: 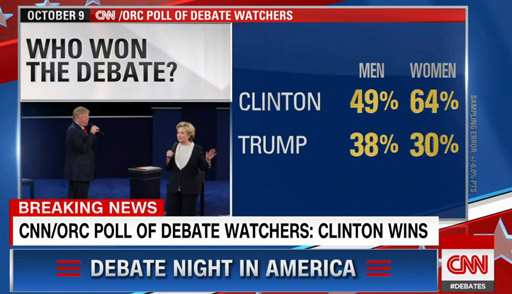