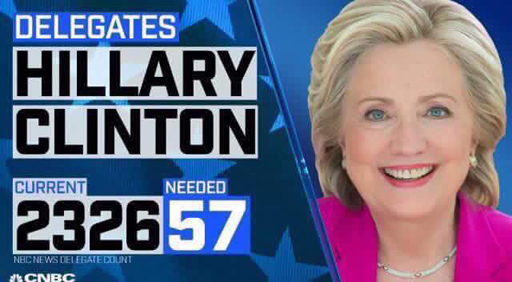 Heading into today’s Democratic primary in Puerto Rico, former Secretary of State Hillary Clinton is within 57 delegates of clinching the presidential nomination.

There are 67 delegates up for grabs today, and then six states get their chance on Tuesday including California and New Jersey.