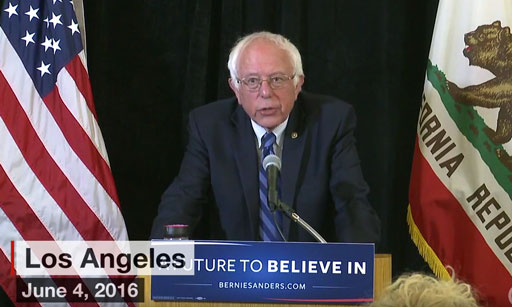 Sen. Bernie Sanders, speaking in Los Angeles this week, announced that after the California Democratic primary former Secretary of State Hillary Clinton will not have enough “pledged delegates” to clinch the nomination for president, and thus, there will be a contested convention for the Dems this summer.

Eight years ago, when then-Senator Obama won the nomination it was also with a mix of pledged and superdelegates. Sanders says this is unfair, but it’s how the rules work today.

If you don’t like the rules, change them for next time. But the rules today utilize superdelegates. 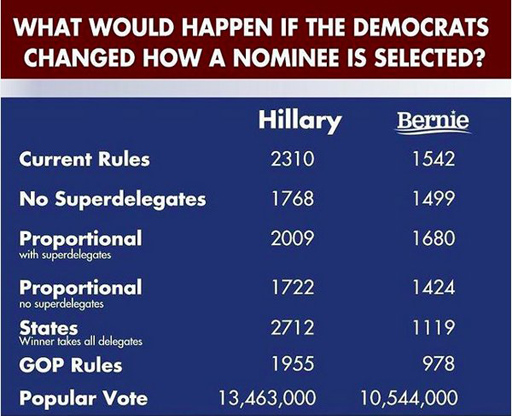 Plus, I should add, Sanders also like to insinuate that without superdelegates he might be in the lead. He would not.

The above graphic was being shared around the interwebs a couple of weeks ago.

If you strip out superdelegates, Sanders still trails Clinton by more than 200 delegates. If you were to assign all delegates proportionally from all contests, Clinton would still have a healthy lead.

The rhetoric on superdelegates doesn’t add up to any kind of Sanders win at this point.