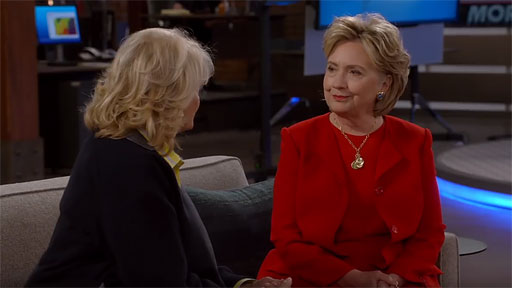 I meant to post this yesterday from the premiere episode of the Murphy Brown reboot this past Thursday night.

Hillary Clinton made a cameo appearance as “Hilary Clendon” (one “L”) applying to be Murphy’s secretary.

“For four years I was the secretary of a very large organization,” declared the former Secretary of State.

Asked if she had basic secretarial skills like working with computers and emails? “Emails. I do have some experience with emails.”

For those who didn’t follow the sitcom during its original run, there was an ongoing gag each week about Murphy running through secretaries that could often be hysterical.