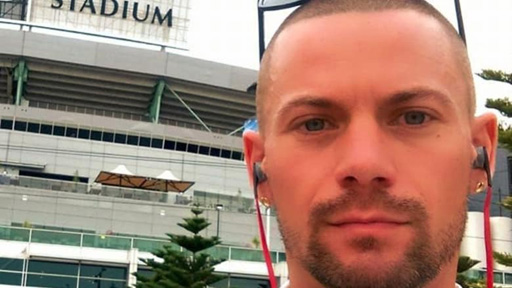 An Australian man has pleaded guilty to infecting his former boyfriend with HIV.

Martin Peter Jaksic was diagnosed as HIV positive in 2010. But he never shared that news with the man he would soon meet and go on to date for six years even though he was fully aware of the risks.

In a Sydney courtroom on Wednesday, Jaksic pleaded guilty to recklessly causing grievous bodily hard to his former boyfriend.

According to the Sydney Morning Herald, the 31-year-old told the court in a letter than he had been in denial after receiving his own diagnosis and admitted that what he had done to the victim was “cowardly and unthinkable.”

Judge Peter Zahra showed no sympathy for Jaksic saying, “The offender’s conduct was a gross betrayal of trust and a contemptible and callous disregard for the victim’s life.”

“At all times (he) would have been aware of the grave risk of the victim suffering serious illness which had the potential to be life-threatening,” the judge added. “The continuing effect of the harm caused to the victim is incalculable.”

The former boyfriend shared in his victim impact statement that due to his infection he now faces “internal wounds and emotional struggles” that will never heal.

The ex-boyfriend told the court that when he entered into what he believed to be a “close and loving” monogamous relationship more than 6 years ago, Jaksic did not share his HIV status.

Even though the couple had unprotected sex during their relationship, Jaksic never suggested using condoms or any other protection.

The victim added that after trusting Jaksic during their six year relationship, he nows sees him as someone who behaved “dishonestly, callously and ruthlessly.”

Jaksic was arrested at the airport in January 2016 attempting to flee Sydney.

He received the maximum sentence of four years and six months in prison.

According to the Centers for Disease Control, 24 states in the U.S. have laws which specifically require persons who are aware that they have HIV to disclose their status to sexual partners.

Penalties vary from state to state with some treating the transmission of HIV as a felony and others as a misdemeanor.

There has been a movement, however, in recent years to repeal these HIV-specific laws due to the success of antiretroviral therapy which can bring viral levels down to undetectable.

In that the CDC’s current medical policy is that “undetectable=untransmittable,” many feel those who are HIV+ but undetectable shouldn’t be prosecuted in the same manner as they once were at the height of the epidemic.

The REPEAL HIV Discrimination Act was introduced in Congress in 2011. The legislation would call for a review of all federal and state laws involving the criminal prosecution of people for HIV-related offenses.