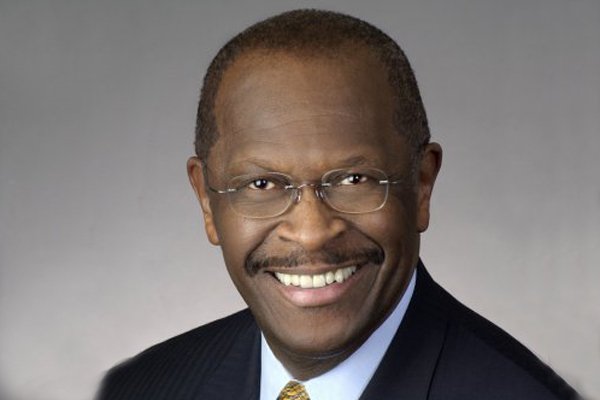 2012 GOP presidential hopeful Herman Cain has been trumpeting the supposed benefits of his “999″ economic plan, which would implement a 9 percent flat-tax on personal income and corporate income, along with a 9 percent national sales tax, while scrapping the rest of the tax code (including all of the deductions and all of the taxes on investment income such as capital gains).

Cain claims that his 9-9-9 plan would not be “regressive on the poor,” but economists disagree due to the imposition of a national sales tax that would wallop the poor significantly harder than the rich. Center for American Progress Director of Tax and Budget Policy Michael Linden ran the numbers on Cain’s plan, and it turns out that it wouldn’t be deficit-neutral — not even close (all calculations are based on 2007 tax data, the last year before the Great Recession):

– For the income tax portion: In 2007, total Adjusted Gross Income on all income tax returns was $8.7 trillion. Cain’s plan would exempt investment income, but would have no other deductions. That brings taxable income down to $7.4 trillion. A flat 9 percent tax would therefore have yielded about $665 billion in income tax revenue.
– For the corporate tax portion: In 2007, there was a total of $1.3 trillion in reported corporate income subject to tax. A flat 9 percent would have yielded $112 billion in revenue.
– For the sales tax portion: I used generally accepted estimates of the revenue generated from a value-added-tax. Those estimates suggest that a broad-based 5 percent tax on goods and services would generate about 2 percent of GDP in revenue. That implies that a 9 percent tax in 2007 would have generated about $500 billion.
– Together, then, the 9-9-9 plan would have generated a bit less than $1.3 trillion in total federal tax revenue. That’s only 9.2 percent of GDP. In 2007, we collected 18.5 percent of GDP in tax revenue. In other words, the 9-9-9 plan would cut federal revenue in half!
“Even if we reduced federal spending to the ‘historical average’ (when the population was younger and health care cost much less) it would still leave us with deficits over 11 percent of GDP (bigger than any deficit since WWII, including the deficits of the past three years),” Linden noted.

Linden also found that someone in the bottom quintile of earners — who currently pays about 2 percent of his or her income in federal taxes — would pay about 18 percent under Cain’s plan (9 percent on every dollar they make, plus 9 percent on every dollar they spent, which would likely be close to all of them). A middle-class individual would see his or her taxes go from about 14 percent to about 18 percent. But someone in the richest one percent of Americans would see his or her tax rate fall from about 28 percent to about 11 percent.

So Cain’s plan — which has earned accolades from the likes of supply-side guru Art Laffer — would explode the deficit, while increasing taxes on the poor to pay for a giant tax cut for the rich. As Center for American Progress Vice President for Economic Policy Michael Ettlinger put it, the plan “would be the biggest tax shift from the wealthy to the middle-class in the history of taxation, ever, anywhere, and it would bankrupt the country.”

Herman Cain is proud of the fact that his plan is “simple and transparent.”

The problem with that approach is, with the USA being the most important economic power in the world, “simple” hardly describes the answer to the problem. It’s a great catch-phrase, but if “simple” were the answer – it would have been implemented long ago.

Our problems are not “simple.” They are complex, especially in light of how intertwined the US economy has become with the rest of the world. What happens elsewhere affects us. To pretend that “simple” is the answer only appeals to those who think our problems are “simple” – which they are not.