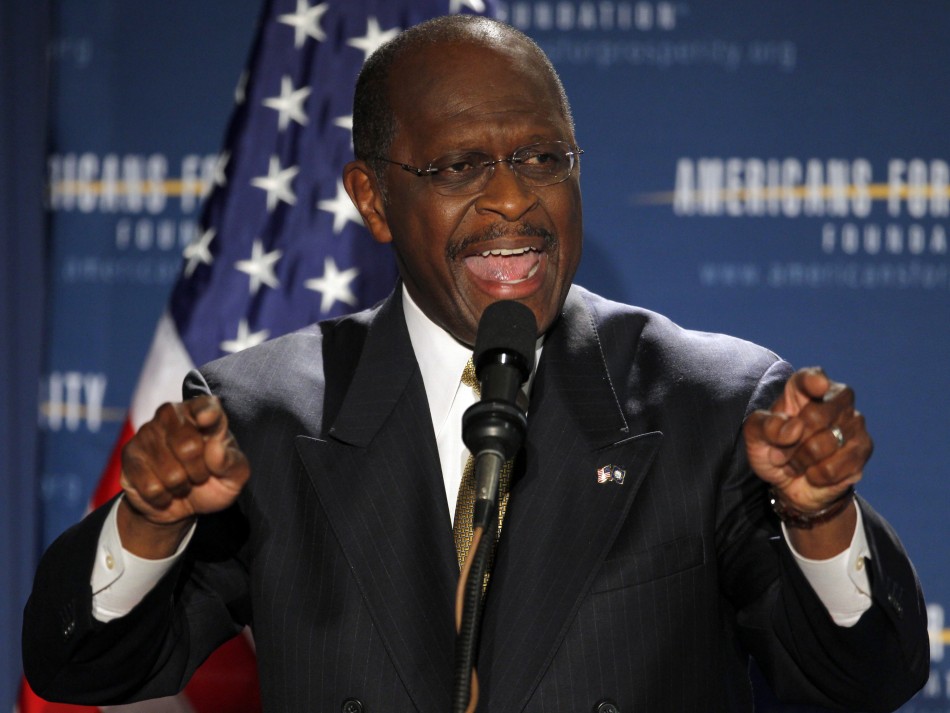 Politico reports that two female former employees of Herman Cain received settlements in order to drop their claims that he had sexually harassed them.

The women complained of sexually suggestive behavior by Cain that made them angry and uncomfortable, the sources said, and they signed agreements with the restaurant group that gave them financial payouts to leave the association. The agreements also included language that bars the women from talking about their departures.

In a series of comments over the past 10 days, Cain and his campaign repeatedly declined to respond directly about whether he ever faced allegations of sexual harassment at the restaurant association. They have also declined to address questions about specific reporting confirming that there were financial settlements in two cases in which women leveled complaints. POLITICO has confirmed the identities of the two female restaurant association employees who complained about Cain but, for privacy concerns, is not publishing their names.

The incidents occurred in the 1990s when Cain headed the National Restaurant Association. Other female employees interviewed for the above-linked report say that Cain always treated them with courtesy and respect. Right wing websites such as Free Republic are claiming that unearthing these old claims was the work of the GOP establishment, who are “terrified” of Cain’s popularity.

In less than one day, Herman Cain has gone from “I have no idea what you’re talking about” to “OK, it did happen but they were lying.”

UPDATE: Now Mr. Cain remembers – just a few hours later – that were WAS a settlement paid, he just doesn’t remember the amount…  SRSLY.
(via JMG)