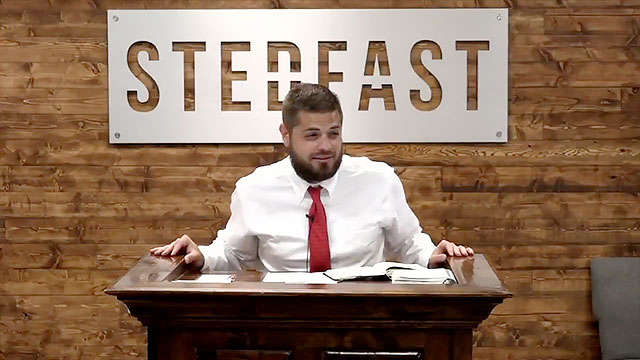 Hemant Mehta at The Friendly Atheist highlights this hideous ‘sermon’ from Pastor Jonathan Shelley of the Stedfast Baptist Church in Hurst, Texas.

In the clip, Shelley celebrates the tragic accident that occurred over the weekend at Wilton Manors Pride when a 77-year-old man driving a pickup truck accidentally drove into attendees killing one gay man and severely injured another.

Here’s the transcript via Mehta:

Look, there’s only one group that enjoys that: It’s the Pride parades going up and down the street. And, you know, it’s great when trucks accidentally go through those, you know, parades. I think only one person died. So hopefully we can hope for more in the future.

You say, “Well, that’s mean.” Yeah, but the Bible says that they’re worthy of death! You say, “Are you sad when fags die?” No, I think it’s great! I hope they all die! I would love it if every fag would die right now. And you say, “Well, I don’t think that’s what you really mean.” That’s exactly what I mean. I really mean it!

Shelley garnered headlines in 2019 when he told congregants that the answer to rebellious children is to stone them to death.

Yesterday, a Christian hate-preacher from Texas celebrated a gay man’s death at a Pride parade.

“It’s great when trucks accidentally go through those… parades… We can hope for more in the future… I think it’s great! I hope they all die!”

(Warning: The language gets worse) pic.twitter.com/3VsYC8KmjA