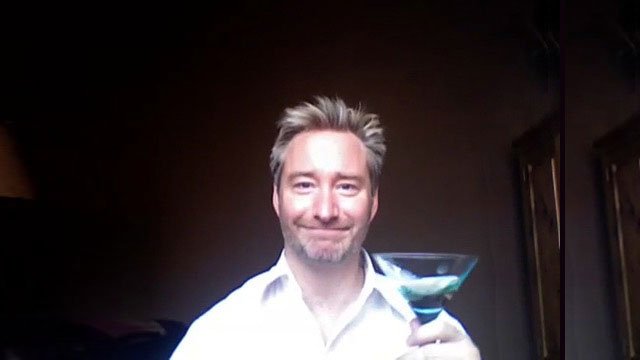 Today is the 13th anniversary of my cancer diagnosis.

On April 7, 2009, I was diagnosed with non-Hodgkins Lymphoma. It’s funny how some dates become imprinted on your mind.

The good news was the disease was Stage 1 and I kicked its ass.

The bad news was – Stage 1 or not – six rounds of chemotherapy were in my future.

The first thing I said to my husband Michael was, “Well, it’s going to be a shitty summer.”

These years later, I look back at that wild roller coaster ride and the many things that came out of the experience.

First and foremost, my appreciation for the health I’ve enjoyed in the past and the fact that I’m still here. Until you go through something like this yourself or with a very close loved one, you think you understand it but it’s really at arm’s length. I constantly felt like I was stuck in a bad TV movie.

I’ve also met and listened to and spoken to every cancer patient and survivor that crosses my path.  I always have time to listen and tell them, “No, you’re not crazy – it sucks – but you’ll get there.”

During the journey, I only told a few friends – the ones I was in contact with day to day.  In my mind, I couldn’t put this huge thing on friends who were across the country and already had full plates.  It felt selfish.

Below is a note I posted on Facebook the night of my last chemo round, plus a couple of pictures from “the ride.”  It was in this note that I finally shared the journey with my friends.  I wanted to share it again on my anniversary.

Well, it’s about time I finally share what I’ve come to regard as my Summer Adventure 2009, or as I got used to saying “Everything You Never Needed to Know About Cancer.”

In Early April of this year I was diagnosed with non-Hodgkins Lymphoma. A routine medical test (my first “over 40 test” as I called it) discovered what would be the beginning of a surprising, unexpected, sometimes uplifting and often depressing chapter of my life.

However, this is NOT a “woe is me” story. I just felt a strong urge to share this with all my friends who have not known what’s been going on in my life this summer. For most of you, when we’ve spoken or emailed and you’ve asked how I am, “great” was about as far as I could go with this tale.

I also want my friends to know this kind of thing can happen to us, and we then face it and move on stronger than before.

How I Got Here

After first meeting with an oncologist in Las Vegas whose office was too sterile, cold and not conducive to healing, plans were reassessed. Olivia Newton-John, who is a longtime friend and client of Michael’s, called to ask how my first appointment went in Las Vegas.

When we related the lack of healing “environment,” she reached out and made an appointment for me with the head of oncology at Cedar Sinai Hospital in Los Angeles – which became my home away from home for the past five months. I have to applaud the world class treatment I received at the Cancer Center there.

Ok, there are a lot, but I don’t and won’t dwell too much on those things. I’ve been lucky – not too many side effects along the way.

I did lose my hair two weeks into it all but it will grow back – although I miss it everyday. It’s just about the only physical attribute I’ve ever liked about myself. The top photo was taken two weeks before my diagnosis.

Thanks to all the anti-nausea and pre-meds they pump me full of before each round, I never got too sick. I did go through a lot of fatigue. Collapsing fatigue that made days and nights very long sometimes. Restless nights. Seconds crawled by. Dawn would never come it seemed.

The drugs also me very bloated most of the time. It was, and still is, hard to look in a mirror. Not in a vanity way – I just don’t recognize the guy I see.

The one major side effect I’ve hated the whole way has been numbness in my hands and feet due to one of the drugs in my chemotherapy. I’m told it will “probably” go away but will take 6-9 months once I’m done.

Are there good things in cancer? Maybe not. But the journey does remind you of some great things in your life. And in this case, those would be the friends who were a part of the “great adventure.” No over dramatizing here, but I wouldn’t have made it without them.

I made a choice early on not to make this whole thing too public. Not because I felt shame or attached some negative connotation to the disease. But it felt selfish thinking I would add to my friend’s already “full plates.” To tell friends that I wouldn’t see on a day-to-day basis – that just felt selfish and self centered.

One other reason about not sharing this sooner: from the beginning, I simply was not able to take more than one phone call a day or answer more than one email. My energy level was so low, I had to make the decision to keep things to my self for a while out of self-preservation.

I knew I would be fine and I knew I would tell you all someday after all of this. And with long distance, there was nothing that anyone could do but worry. And I couldn’t do that to you. I wanted to save that energy for you all to tend to your lives, and also for us to celebrate this day that I finish my “great walk.”

Some friends, however, I speak with daily, and there was no getting around sharing with them. And they are my heroes.

Olivia Newton-John, besides being a world famous pop music icon and humanitarian/advocate for cancer since her own journey began 17 years ago, became my patron saint of the journey.

Emails, notes, voicemails, phone calls – it seems she checked in on me just at the right time, giving amazing encouragement to me to keep putting one foot in front of the other. She confirmed aspects of what she had gone through, almost to say “no, you’re not crazy – it’s not fun, but you can do it.”

Her CD “Grace and Gratitude” played on my iPod almost every day. She is more special than the world truly knows.

One day after round four, I put some Oleta Adams music on. And as the song “Window Of Hope” came on, I started to dance a bit around the kitchen. It took me a minute to even recognize it was happening. It was a very moving moment to reconnect to a part of me – dancing – that I hadn’t felt in so long.

I sent her manager a note to share with her about my “window of hope” that I felt. Oleta herself emailed me the most wonderful letter saying, “You danced because you let go of any delusions about your present condition (good or bad) and enjoyed where you were at that moment. And yes, you were ‘smiling in your liver!”

I’ve loved her music, voice and writing for so long. To hear from her was magical. Months later, I had the honor of seeing her in concert here in Las Vegas. She dedicated her song “I Just Had To Hear Your Voice” to me that night.

I didn’t tell Carlye Hughes, my family of 30 years, because she carries so many people through life. She’s the Rector of her own Episcopal church, and in addition to helping her congregation on a daily basis, her niece was diagnosed with cancer two days before me.

My first instinct was not to add to her plate. It just felt selfish. Her plate was too full already. And with the certainty that I’d be fine, I decided early on that I would tell her after this was all over. But after one round, I just couldn’t hold this back. Sometimes you just need someone.

At the end of my first round, with confidence that I would be fine, I called her. Shock and silence on her end. OMG, I knew it might be selfish to tell her. I asked her not to come to the west coast. Too many other people needed her.

Two weeks later she was on my couch in L.A. for my first “out patient” round. I was knocked out, fatigued, and she was the answer. For four days we just watched TV, she cooked my favorite foods from childhood, and talked. And that made all the difference. Sometimes your best friend being on the other end of the couch is the greatest medicine in the world. Carlye is my greatest medicine. Always.

Matt Zarley never missed a round of this with me. Whether it was dinners or lunches or going to a movie (something I rarely could get through physically) Matt was always checking on me, texting me, emailing me, sending me new music to listen to, getting me out of the house….

Telling Matt face to face about my diagnosis was one of the most emotional moments I’ve ever experienced in my life. Perhaps one of the only times I shed tears was as I said the words “I’ve been diagnosed with cancer.” He never blinked. He just knows me. He’s like my little brother and this time he carried me.

One of the few east coasters to see me during the journey was JoAnn Hunter, who was visiting Matt during one of my treatment weeks in LA. Like Matt, she didn’t flinch either. We just laughed through the night. And that, in itself, was healing.

And, there’s my husband Michael – my rock star. There’s not enough room anywhere to express how he got me through this.

What I can say is he made this about me at all times. Even though he was carrying the household and working 14 hour days in the absence of my income, he never complained. He constantly asked me to just “go lay down and get better.” That was his mantra. Dawn would come and I would get up to find the whole house cleaned and put together so I would have “order in my chaos.”

He made everyday about my recovery. Whether sleeping in a chair in my hospital room in between working on his computer, to driving me to the hospital – sometimes at 4am because “Bumpy” the chemo-pump was malfunctioning and we had to go get it fixed. He’s just a rockstar. No other words. Thank you god for Michael.

The words “full remission” have been spoken. But treatment/checkups will continue for a few months to monitor and make sure I’ll be fine.

Up one hill, coast down another. One foot in front of the other.