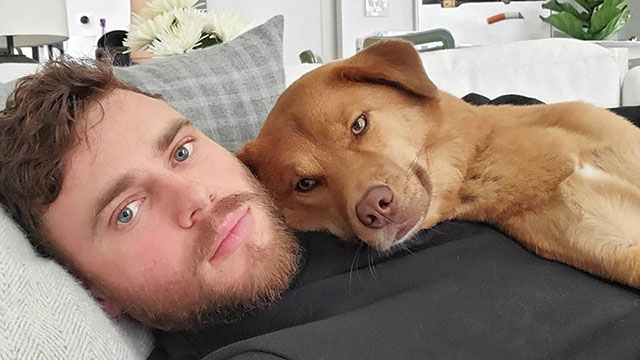 Out Olympian Gus Kenworthy posted a photo on his Instagram while mentioning he’s looking to update his LinkedIn account and needed new resume pics.

In the photo, snapped by photog Brian Kaminski, Gus is resting in repose in a pair of short shorts, washboard abs on display along with the perfect amount of fur.

The pic was accompanied by the tongue-in-cheek caption, “My friend @briankaminski was kind enough to come over yesterday and take some pictures for my LinkedIn.”

Kaminski also shared a pic from the shoot teasing there are more to come.

A post shared by gus kenworthy (he/ him) (@guskenworthy)

Gus has been keeping a lower profile on social media during the pandemic than in prior years. In April, he shared that the isolation of coronavirus lockdown had taken some toll on his mental health. At the same time, he announced he was doing personalized greetings for fans in order to raise money for first responders in the health crisis.

In December 2019, the Olympic silver medalist announced he was switching from Team USA to Team Great Britain (he was born in England) with the hopes of representing the United Kingdom in the 2022 Winter Olympics. Clearly, Gus is keeping in top-shape.

Of course, there was that trip to the Coral Pink Sand Dunes back in September… 😉

A post shared by gus kenworthy (he/ him) (@guskenworthy)