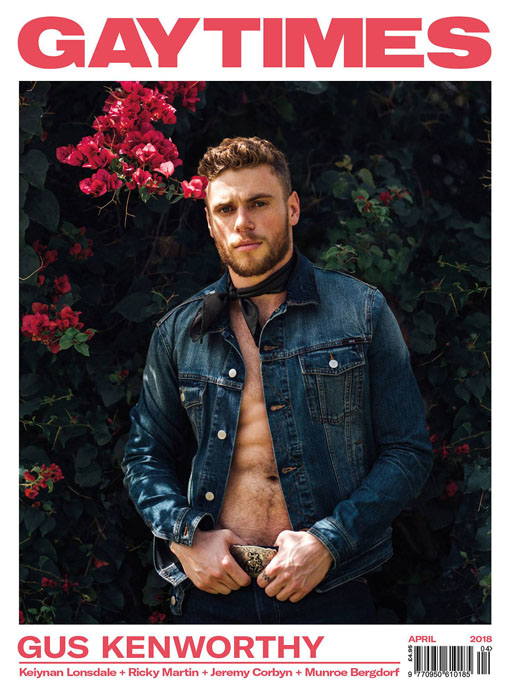 Amid some sexy revealing photos for the new cover story for Gay Times Magazine, out Olympian shared his thoughts on the many, many different ways romantic relationships can work for couples.

People has the advance look:

“It’s important to remind people that there is no one way to have a relationship. Each and every relationship is special and unique and different and what works for one couple may not work for another, but it should be noted that gay relationships are just different than straight relationships.”

“Commitment and monogamy are not necessarily the same thing,” he says. “You can be completely devoted to someone, married even, and still be in a relationship that’s open.”

While Kenworthy says this may not be the best fit for “every gay couple,” “If there’s trust and respect — the two most important things in any relationship — then being open can be mutually beneficial for both people involved and can actually, in many ways, make for a stronger, more developed relationship.”

I’ve been with my husband for 23 years, and I totally agree with Gus. What matters in a relationship most is communication and commitment. The nuts and bolts of a relationship on a day to day level can look vastly different from couple to couple.

Kenworthy’s confident joy on embracing sexual identity should be an inspiration to LGBTs: “Being gay isn’t the only part of me, but it’s the best part of me and it’s one of my favourite parts of me.”

The 26-year-old Olympic silver medalist also shares that although he felt a lot of support during the Winter Games in PyeongChang, he was also aware of the homophobic comments swirling around the internet on Youtube, Twitter and Instagram.

“It takes my entire mental strength not to respond to all the comments. So many times there are things on YouTube, Instagram or Twitter going, ‘Why were you even at the Olympics? You got last f—— place. You’re a joke, you’re a f—–,’ ” he shared with Gay Times.

But it’s Gus’s response that gives you just another reason to love him.

“I got into the [freeskiing] finals, so that’s not coming last because you have to beat a lot of people to get there, and it’s the Olympics, the f—— pinnacle of sport that’s hard to make it into,” Kenworthy says. “They’re like, ‘I could have done better than that,’ and my thoughts are: ‘Cool, f—— do it then.’ ”

V stoked to be on the cover of April’s @gaytimesmag magazine! Swipe through to see a few pics from the shoot but to see them all go to gay times.co.uk/buy and pre-order your copy now or pick one up on newsstands soon! Photography: @taylormillerphoto | Styling: @dogreene | Grooming: @scottkinghair | Location: @samerfwz
A post shared by gus kenworthy (@guskenworthy) on Mar 25, 2018 at 9:00am PDT