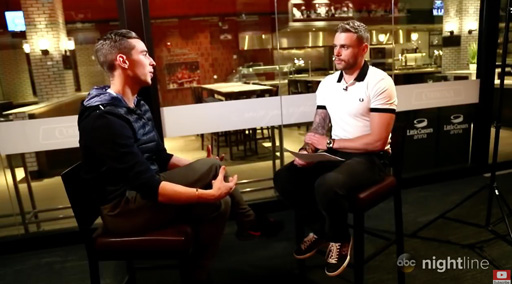 Kenworthy, in “special correspondent” mode, interviewed Rippon about being the first openly gay U.S. athlete at the Winter Olympics and in doing so becoming “America’s sweetheart” as well as a leading voice for the LGBQ community.

Rippon made his Dancing with the Stars debut this week delivering a killer cha-cha to RuPaul’s “Sissy That Walk.”

Check out the interview below, and make sure you hang out for the last minute where Gus decides to teach Adam a few dances moves 😉 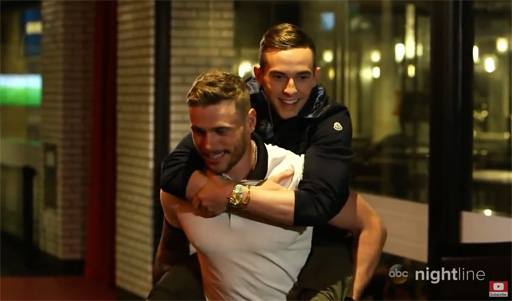 In related Kenworthy news, over on Instagram where he recently passed the one million followers, Gus once again shared that awesome ripped body of his as he dipped a toe into a pool in LA.