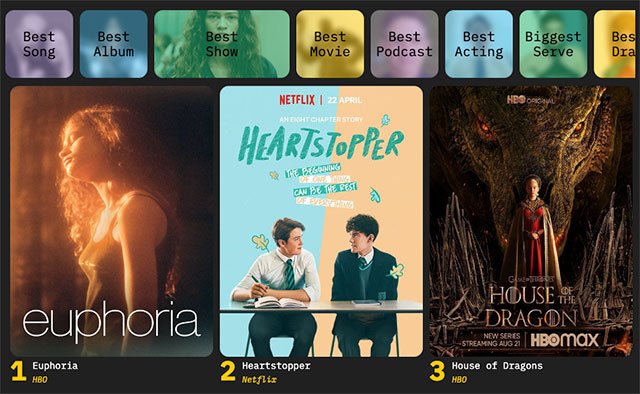 The Best Acting honors went to Kit Connor (yay!) in the top spot as charming bisexual high school rugby player Nick in Heartstopper followed by a surprising Lindsay Lohan (???) in Falling for Christmas. Kate Hudson came in 3rd for her turn in Glass Onion.

How’s this for a category – Best Gay Gasp? The announcement of Rihanna’s Superbowl appearance took the top spot, followed by Omar Apollo’s now-infamous d*ck sucking tweet, and Madonna “coming out” on Tiktok.

Grindr being Grindr, there had to be a Best OnlyFans category, and – no surprise – Austin Wolf stood tall at the #1 spot, with Rhyheim Shabazz and Teddy Bear following up with the silver and bronze. 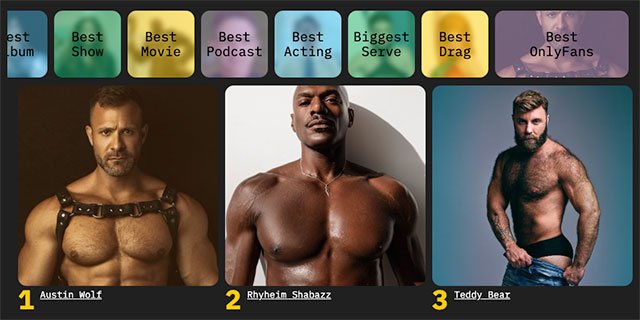 The dating app also crunched its own data to report which countries have the most tops, bottoms, and vers guys. It looks like Bolivia holds the crown for highest percentage of tops, Denmark seems to be bottom central, and Russia is the place with the most guys who keep their options open.