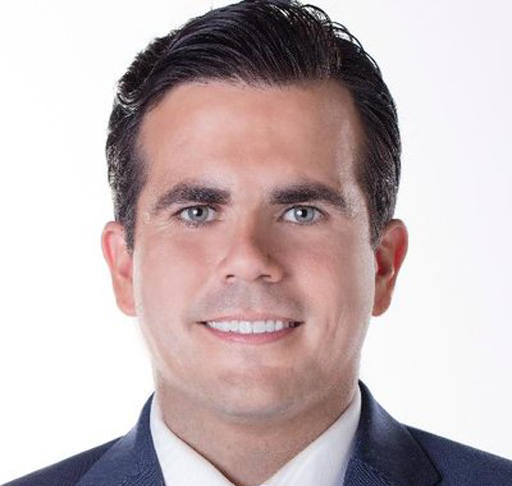 Governor Ricardo Rosselló of Puerto Rico is currently embroiled in an ugly political scandal as hundreds of pages of a private group chat between the governor and 11 other officials were anonymously released last week.

Now dubbed #RickyLeaks, the private text messages (889 pages) included profane homophobic and sexist comments from the governor and others regarding politicians, officials and journalists.

Rosselló clearly likes that label as just a few days later, on December 31, the governor called journalist Torres Gotay an “unprecedented c*cksucker” in response to a report Gotay had written about ferry service issues.

International pop star Ricky Martin was the target of one exchange when former Chief Financial Officer Christian Sobrino wrote, “Nothing says patriarchal oppression like Ricky Martin.”, He later added, “Ricky Martin is such a male chauvinist that he f**ks men because women don’t measure up. Pure patriarchy.”

Martin responded via social media tweeting, in part, “We cannot allow our Puerto Rico to be in the hands of such ‘leaders.’”

Mayor Carmen Yulín Cruz of San Juan has filed a police report in response to an exchange in the leaked messages that included what appeared to be a death threat.

The previously mentioned Sobrino wrote in a message that he was, “Salivating to shoot her.”

Rosselló responded saying, “You do me a favor.”

When news of the leaked text messages broke, Rosselló returned home from a family vacation in Europe and issued an apology.

“I’m the governor of Puerto Rico, but I’m a human being who has his faults,” Rosselló said in a press conference late Thursday. “I ask for forgiveness.”

Saying that his comments were the result of working long 18-hour days, he added, “None of this justifies the words I’ve written. My apologies to all the people I have offended… This was a private chat.”

BREAKING: Puerto Rico’s Governor @ricardorossello is refusing to resign amid public pressure that he should, all while he is dismissing members of his cabinet and staff over scandalous text messages, many of which, the Governor himself was engaged in sending.

He has refused calls to step down.

Rosselló has had a rough time since taking office. Puerto Rico was already in a years-long recession at the time, and a federal oversight board has controlled the island’s finances since 2016, when Rosselló became governor.

And, of course, the slow response to the devastating damage inflicted by Hurricane Maria in 2017 increased criticism of the governor.

Last week, two high level members of his administration were arrested by the FBI, further eroding any support he may have had.

According to the New York Times, many political insiders and pundits believe the governor’s days in office are numbered. But CBS reporter David Begnaud reports that members of Rosselló’s party have decided to give him “time for reflection” and are not planning to ask him to resign “at this moment.”

Members of the Governors party in the House of Representatives decided tonight not ask Governor @ricardorossello to resign “at this moment”.

They want to give him some time for reflection.

He asked for that.

At a church in San Juan, the governortold reportershe is looking to God to guide him through “figurative or real” hurricanes, and that he is committed to learning from “what was done.”