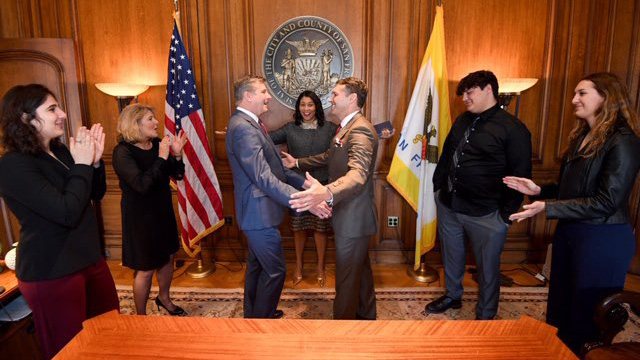 With San Francisco Mayor London Breed officiating the ceremony, the couple (together for nine years) said their I do’s.

In 2011, Welts became the first senior sports executive to come out as gay. In 2018, he was named to the Basketball Hall of Fame.

At 11am today in the Mayor’s office at SF City Hall, Mayor @LondonBreed married Rick Welts and Todd Gage. It was a good day, nine years in the making! pic.twitter.com/NiiVN255eG