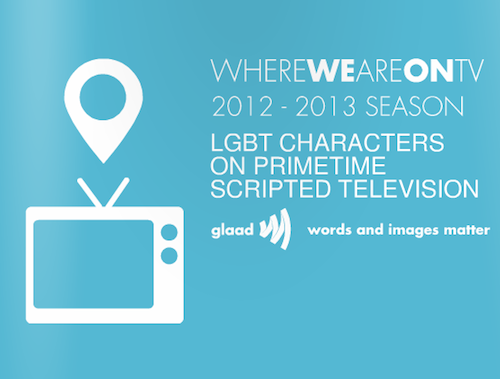 LGBT representation on the five TV networks has risen from last year’s 2.9% to 4.4% according to GLAAD’s “Where We Are on TV” report.

“This year’s increase of LGBT characters on television reflects a cultural change in the way gay and lesbian people are seen in our society,” said GLAAD president Herndon Graddick in the report. “More and more Americans have come to accept their LGBT family members, friends, coworkers, and peers, and as audiences tune into their favorite programs, they expect to see the same diversity of people they encounter in their daily lives.”

Read the whole report at GLAAD.